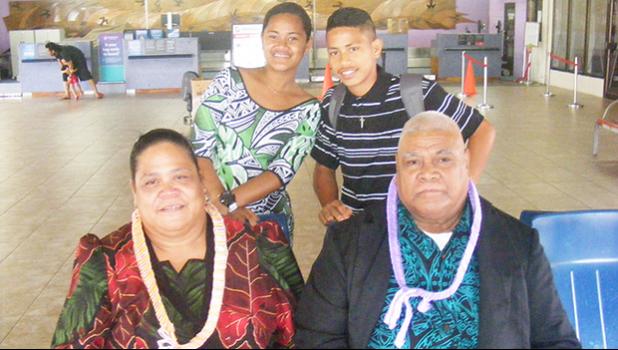 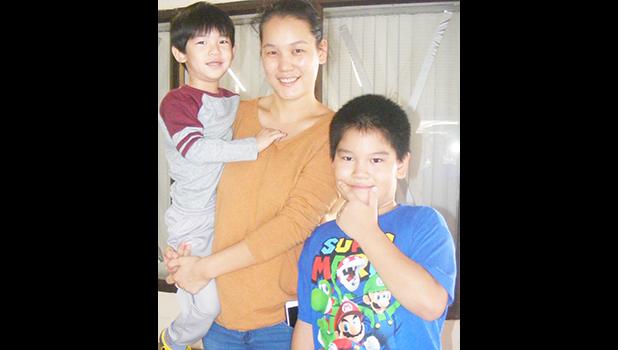 Direct air transportation with Tonga, launched by Samoa based Talofa Airways over the weekend, will develop and grow trade in goods and to be followed with tourism later, says Commerce Department director Keniseli Lafaele.

For the local Tongan community, the twice weekly flights on Sundays and Thursdays, is a much less burden — especially on the financial side — on having to travel via Samoa and Fiji to get to Tonga.

Responding to Samoa News inquiries, Lafaele said that Talofa Airways flight connecting American Samoa to Tonga “is a significant step towards expanding merchandise markets for our local merchants that sell US made goods” and goods in the territory are generally cheaper than in Tonga.

Lafaele says that when he and two other ASG officials were in Tonga in April, “we were told Tongans love to travel and buy stuff, so, the direct flights could bear positive impact on our economy immediately.”

Additionally, this direct connectivity will significantly cut travel time and cost between the American Samoa and Tonga because currently it takes two days or so to get to Tonga and vice versa — via Samoa, and Fiji or New Zealand.

“So no doubt this route is welcomed by business travelers of both island countries,” he aid. “There's a growing Tongan population in the territory so the two flights out of Pago would be a convenience for them to visit relatives and attend church conferences.”

“And as you know when Pacific islanders visit their mother lands, they take super alia-type loads with them,” he reminded Samoa News.

Therefore, “not only trade in goods will develop and grow, tourism should follow. So thanks are in order to Talofa  Airways owners and management for their entrepreneurship and this major achievement — which is beneficial to American Samoa and Tonga,” Lafaele said yesterday.

Moreover, with the MV Manuatele vessel properly equipped to travel internationally to neighboring islands and the Matson shipping, as well as other shipping lines, connecting the Samoas, Tonga, Hawai’i and beyond, the surface routes are in place to foster commerce and trade in the Pacific region and internationally.

“And the territory is the gateway to the US markets in our region of the Pacific,” he added.

For the inaugural flight, all nine seats were full, with five adults, two teenagers and two children. Among the adults was Rev. Steven Uitalia of the Free Church of Tonga in Pavaiai. He and his wife, accompanied by two great-grandchildren, are relocating to Tonga for five years for ministerial duties, according to a church member, who spoke with Samoa News at the Tafuna airport.

Another passenger was local business operator, Susie Cheng heading to Tonga with her two children for a two-week visit. “The direct flight to Tonga makes it very easy for travel to and from Tonga,” Cheng said during a Samoa News brief interview at the airport. “Usually I have to travel through Samoa and Fiji to get to Tonga.”

According to individuals from the local Tonga community, Cheng had lived in Tonga for a long time before relocating to American Samoa and that she also speaks the Tongan language.

Ofa Tongamoa, who was at the airport along with other church members and relatives to bid farewell to Rev. Uitalia, told Samoa News that the Tongan community is “pleased and very happy” with the direct flights. She also confirmed that Tongans would have to travel via Samoa and Fiji or New Zealand to get to Tonga.

“Direct flights makes it easy and affordable to visit friends and families in Tonga, and the same for our relatives and friends in Tonga,” Tongamoa said during a brief interview at the airport.

Perhaps one important issue that has now been made easy for the direct flight to Tonga is that US nationals, who are of Tongan ancestry — are able to travel on a Certificate of Identity (CI), which is not accepted in Fiji, where only a valid passport is accepted, according to two members of the Tonga community, who were at the airport and shared this information with Samoa News, which observed a young traveler, holding a CI.