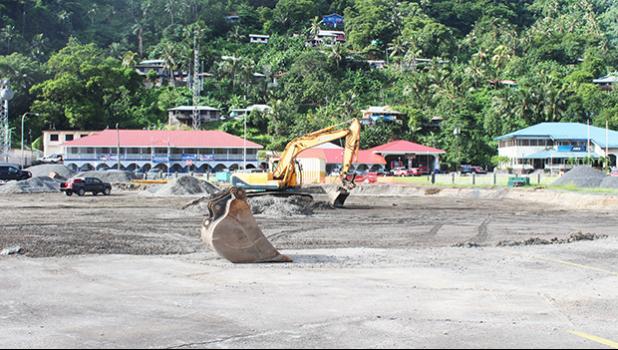 Pago Pago, AMRICAN SAMOA — During their respective sessions yesterday, both the Senate and House approved the necessary measure allowing the Fono to take another mid-session recess, which will be the third COVID-19 related recess.

The Fono reconvened last week Monday after its second recess due to the coronavirus emergency declaration, but each chamber had their regular sessions on Mondays and Wednesday, while committee hearings were held throughout the work-week.

However, the Fono passed yesterday a new concurrent resolution recess at the close of business yesterday. The resolution states Fono will reconvene on June 8th.

The resolution calling for the recess notes that American Samoa is currently under a COVID-19 state of emergency and that despite no confirmed local cases, Gov. Lolo Matalasi Moliga, the Health Department and the ASG coronavirus task force have worked tirelessly to prepare and protect the territory for a possible outbreak.

In support of these efforts, the Legislature continues to adhere to all mandates, advisories and restrictions provided by the government, the measure points out, noting that many legislators are part of groups who are advised to remain at home to avoid contracting and spreading the virus.

“It would be prudent to recess until health officials and the government deem it safe to return to full work schedules and permit people to return to school and participate in social gatherings,” it says.

During a House committee hearing last Friday, none of the scheduled ASG witnesses showed up, and reportedly they were told by the Governor’s Office not to attend due to the coronavirus emergency declaration — which lapses on Jun. 1st.

The same directive was given to all ASG agencies when it comes to any future Fono hearings, until the declaration is lifted.

However, the House Education Committee is still moving ahead with a hearing tomorrow to discuss with Education Department officials the virtual graduation program for this school year as well as other education issues including federal education funding for coronavirus under the federal CARES Act.

It’s unclear as to whether any ASG witnesses will show up at tomorrow’s committee hearing.