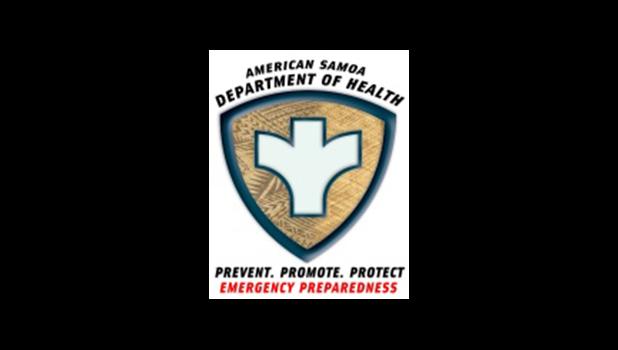 DoH director says the challenge is “inconsistent procedures” between DoH and Customs
By
Fili Sagapolutele
fili@samoanews.com

Pago Pago, AMERICAN SAMOA — While American Samoa’s laboratory-confirmed measles cases remain at 12, health officials are awaiting the outcome of three suspected cases being tested at the Hawai’i State laboratory, according to officials of DoH and LBJ Medical Center.

This was the latest update provided during the cabinet briefing on measles late Sunday afternoon, where Gov. Lolo Matalasi Moliga emphasized that the entry permit requirements put in place following the Dec. 8, 2019 State of Emergency Declaration must be adhered to at the territory’s point of entries.

As of last week Friday, Jan. 17th, there were 37 suspected measles cases with 34 samples sent to Hawai’i for laboratory testing. Of the total number of samples tested, 12 are confirmed for measles. (This is the same number of confirmed cases as of Jan. 11th, and provided during the Jan. 12th cabinet briefing.)

The other 2 new suspected cases include a 4-year-old female from Pava’iai who was seen at the Tafuna Community Health Center on Jan. 13th; and a 12-year-old male from Fagaitua who was seen at LBJ on Jan. 14th, according to DoH and LBJ data presented during the briefing.

LBJ’s Dr. Tuato’o Reese said the 4-year-old female already had her first MMR shot, but a second dose is yet to be confirmed. For the 12-year-old, he said the MMR vaccination (two doses) has been verified. Both patients were treated and released.

Dr. Tufa also provided an update on the measles outbreak in Samoa, based on data provided by the Samoa Ministry of Health. As of Monday, Jan. 20th in Samoa — which is a day ahead of Am. Samoa — the death toll there remains at 83 with nobody hospitalized.

For the Pago Pago International Airport, Dr. Tufa said, “What’s really important is that in the past we had given a lot of MMR shots” but for the week of Jan. 13- 18, 2020, it “has really gone down,” with DoH administering only two MMRs.

A total of 113 passengers were denied entry into the territory since the start of Border Control on Nov. 12, 2019 up to last Friday, according to the data presented.

DoH director Motusa Tuileama Nua said that among the challenges faced by DoH is “inconsistent procedures” between DoH and ASG Customs regarding “OK Board”, which is authorized by the Attorney General’s Office — versus the requirements of an “entry permit”, under the current emergency declaration.

Lolo said there shouldn’t be any inconsistencies at the airport, as there are no changes to the current policy on entry permits. He said the AG’s Office cannot change that policy, no matter if the “OK board” was given to a traveler.

He said current policy remains, in response to the measles outbreak, and he urged DoH and LBJ to continue their close collaboration in monitoring measles as well as other diseases occurring globally, and take all necessary steps to protect the territory.

He noted diseases being reported in Asian countries, but didn’t elaborate.

The Associated Press reported last week on an outbreak of a new virus, which was first reported in China early this month, and has since reached four other countries.

This new type of coronavirus can spread from human to human, and the US Center for Disease Control and Prevention is currently monitoring the virus, according to AP, which reported yesterday that 6 people have died and 291 have been infected in China. (See Samoa News online and today’s edition on the latest update on this virus.)