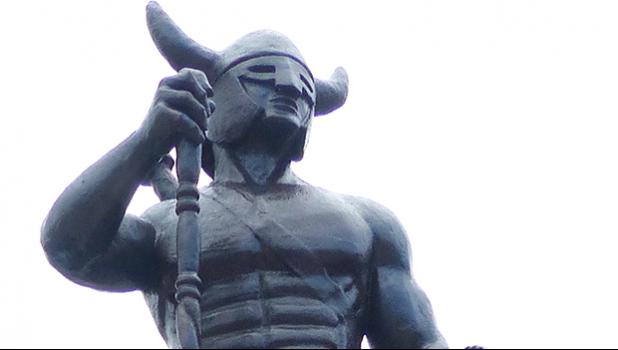 Pago Pago, AMERICAN SAMOA — One of the major projects selected by the the Faga’itua High School Alumni Association to commemorate Faga’itua High School’s 50th Anniversary was a monument to honor the future, while preserving the past. After it was discussed and approved two years ago, the monument project moved forward ultimately costing approximately $15,000 — the funds used were from monies raised for the school’s 50th anniversary celebration, which happened last week.

At the time, the steering committee as well as the project committee discussed the building of the statue and recommended, Wil Seda, a local resident to build the statue, according to Tuimavave Tauapa’i Laupola, President of the FHS Alumni Association.

He explained that to confirm the capabilities of the builder, the committee asked Seda to “build a mold n model” so the steering committee could see if that met the committee's intention.

Seda built a model and brought it in for the committee's review. “Some revisions were made after comments from the committee and the general FHSAA membership. The okay to build was then given after some discussions and decision by the committee,” Tuimavave said.

The president of the FHS Alumni Association said, “The commemorative monument holds our time capsule of thoughts, prayers, and memories to be opened in 50 more years during Faga’itua High School’s 100th anniversary.”

Tuimavave told Samoa News that “the time capsule is built into the pedestal that was designed and built by ASG Department of Public Works. The statue is mounted on the pedestal.” It is located in front of the high school.

He also noted that the head of the Viking warrior is tilted towards the east to keep the Eastern star in focus to remind of FHS’ commitment to excellence.

Concerns about how the funds for the FHS 50th anniversary were raised using government resources and how the funds were ultimately used, including funding this monument have been raised by some of the alumni with Samoa News. A response to these concerns from Tuimavave can be found in today’s Editorial section of the Samoa News.