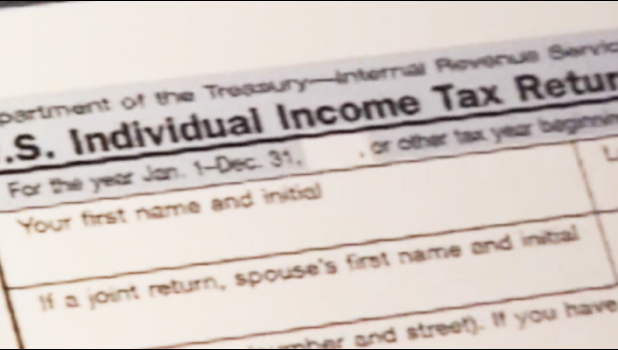 28-count indictment is handed down by a federal grand jury in Alaska
By
Fili Sagapolutele
fili@samoanews.com

A 54-year-old woman, whom federal prosecutors say is from American Samoa, was arrested Tuesday in Honolulu on charges of filing fraudulent tax returns with the US Internal Revenue Service (IRS) for local residents, who do not qualify to receive the federal Earned Income Tax Credit (or EITC).

Coriana Ifopo is charged under a 28-count indictment handed down on June 20 by a federal grand jury in Anchorage, Alaska, where the case is being prosecuted, according to electronic court documents with the federal court in Anchorage, which issued the arrest warrant for the defendant.

For her alleged crime, Ifopo is accused of causing more than $1.3 million in lost money to the federal government.

Samoa News confirmed yesterday that the joint investigation into this case involved the US Internal Revenue Service (IRS) — Criminal Investigation Division, and the American Samoa Department of Homeland Security's Office of Territorial and International Criminal Intelligence and Drug Enforcement (OTICIDE) Division. Most of the investigation on the matter was conducted in American Samoa.

Assistant U.S. Attorney Aunnie Steward, who presented the case to the grand jury, said in a statement late Tuesday afternoon that Ifopo filed tax returns on behalf of over 200 other individuals living in American Samoa.

However, the five-page indictment shows only 28 individuals, identified in court documents by their initials, with the dates of when the tax was filed with the IRS or when the IRS refund was issued — going back to May 20, 2014 with the last one dated Feb. 20, 2016.

Documents also provide amounts of falsely claimed tax refund amounts, or the amount of the tax refund that was issued by the IRS. It shows that there were eight tax refund claims or checks issued that were more than $8,000 with the highest tax refund in the amount of $8,918 for “M.L” filed or issued around Mar. 2, 2015.

The smallest tax refund filed or check issued for a refund was $1,043 on July 4, 2015, according to the indictment, which didn’t specify whether Ifopo currently resides in Honolulu.

The indictment alleges that Ifopo falsified more than 200 federal income tax return forms (Form 1040) for individuals living in American Samoa resulting in tax forms being filed with the IRS, netting over $1.3 million in fraudulent refunds claimed.

It further alleges that Ifopo filed the fraudulent tax returns when in fact she knew that, among other things, the individuals did not earn wages outside of American Samoa, they did not have federal withholdings taken from their paycheck, and they were not eligible for the EITC.

According to the IRS, the EITC is a tax credit for working individuals with low to moderate income and is based in part on the number of qualifying children an individual has.

Instead of using American Samoa addresses, the indictment alleges the defendant primarily used addresses in Alaska and one Hawai’i address on the tax forms. Additionally, the defendant falsely claimed that the tax returns were prepared by the tax payer when in fact she prepared them.

After preparing the tax return, the indictment alleges that Ifopo would send them to an individual name “K.I. in Anchorage, Alaska, or brought them to Alaska herself, to have them filed from Alaska to make it look like they were filed by individuals living ‘off-island’ outside of American Samoa.”

Local law requires tax payers in American Samoa to file taxes with the ASG Tax Office, but in past years reports have surfaced regarding local tax payers filing taxes in the US with the IRS in order to get a larger amount of tax refund, by claiming the EITC.

This problem — of local residents filing taxes in the US — goes back more than 10 years, when it first surfaced. At the time, then Gov. Togiola Tulafono, as well as ASG officials, publicly warned tax payers that it's illegal to file local tax returns in the US.

The first known federal case against an American Samoan, who prepared and filed with the IRS  tax returns for local residents, occurred in December 2014, when Pepe Anetipa was charged — also at the federal court in Anchorage — where she had a tax preparer business. She later moved to Washington state. In November 2015, Anetipa was sentenced to 30 months in prison and ordered to pay restitution of more than $200,000 to the IRS.

While Samoa News provided extensive coverage of the Anetipa case, there continues to be  unconfirmed reports of local residents still sending their local tax returns to be filed in the US, in order to get large refunds by claiming the EITC.

In 2013, Melvin Joseph, the American Samoa Tax Office manager told Samoa News, “You cannot file in the United States to claim other federal tax refunds,” and pointed out that some residents appear to think that, just because no federal charges have been filed against others who filed taxes off-island, it's also safe for them to do the same thing, although it is wrong.

“While the arm of justice may move slowly, it will get to those who violate federal laws,” Joseph said.

Samoa News reported at the time that the IRS had launched an investigation into the issue more than four years ago, and that it continued to monitor W-2 forms out of American Samoa being processed in the U.S.

In 2010, the Bank of Hawai’i fired four employees in American Samoa for "inappropriate" tax filings with the U.S. Internal Revenue Service. At the time, BoH District Manager Hobbs Lowson said the filings violated the bank's standards for employment, but he didn't elaborate.