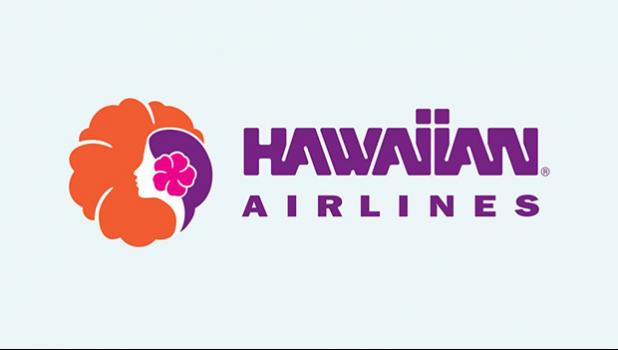 It’s worth it “if we don’t lose one life”
By
Fili Sagapolutele
fili@samoanews.com

Pago Pago, AMERICAN SAMOA — In seeking to extend the suspension of Hawaiian Airlines flights between Honolulu and Pago Pago til June 30th, Gov. Lolo Matalasi Moliga outlined six “factors” which predicated his request which has since been granted by the airline.

“I feel the frustration, annoyance, anger, and discontentment over my decision to suspend Hawaiian Airlines flights to American Samoa, but I would gladly accept this public outcry if we don’t lose one life to this deadly [COVID-19] disease,” Lolo wrote to airline president and chief executive officer, Peter Ingram.

Among the factors explained by the governor is that the COVID-19 pandemic trends continue to ascend in the US and around the world. Furthermore, there have also been incidences where communities, which eased restrictions witnessed a resurgence in the number of confirmed coronavirus case.

The governor also explained what while American Samoa has started testing for the virus, lack of test kits and the inconsistency in a steady supply from the US Centers for Disease Control and Prevention, the US Federal Emergency Management Agency, the US Food and Drug Administration and other relevant federal agencies, “preclude us from testing our local population and travelers entering the territory.”

At last Friday’s cabinet meeting, the governor says he has been informed by the federal government that it’s not able to provide the 25,000 test-kits requested for the community-based testing, but only a portion of the request. Therefore, he directed health officials to look at ordering at least 10,000 test kits from a South Korean company.

In his letter, Lolo cited another factor for seeking to extend suspension of flights saying that local contact tracing protocols “are not developed to the level yielding confidence in our capacity to trace possible contaminated persons if one confirmed case is uncovered as the spread will be exponentially accelerated because of our social and cultural living configuration.”

The governor also pointed out that local quarantine facilities that ASG have been working on are nearing full completion. However, he said the number dwarfs the maximum Hawaiian Airlines passenger load of 200 to 270 per flight, which immediately overwhelms these facilities for the required 14-day quarantine protocol to work.

According to the governor, the territory’s only Acute Care hospital (LBJ) has been able to convert its swing ward to accommodate 8 COVID-19 patient beds, with 8 more in temporary tent, and 10 more upon completion of the conversion of the existing Behavioral Health Center to a 10-permanent COVID-19 in-patient ward.

However, he said this healthcare infrastructural system will instantly be overtaxed, overburdened and will collapse if an outbreak were to happen, with Hawaii, the closest US medical facility which can only be accessed by plane.

And finally, he points out that scientists and health experts have stated that “we don’t have a handle on this deadly disease because there is so much that we don’t know and the vaccine option is still in the distant future.”

Yesterday, the World Health Organization’s executive director Dr. Mike Ryan warned in an international statement the world is still in the very middle of the virus outbreak. “Right now, we’re not in the second wave. We’re right in the middle of the first wave globally,” he said, according to The Associated Press. “We’re still very much in a phase where the disease is actually on the way up.”

At the outset of his letter to the airline, the governor points out that the leaders and the people of American Samoa are very grateful and thankful to Hawaiian for continuing to place lives before profits manifested by its unwavering support to suspend flights between Honolulu and Pago Pago.

With the airline’s commitment “to our collaborative goal of saving lives, American Samoa holds the distinction of being the only” US jurisdiction without a confirmed COVID-19 case, he said.

“We are saddened and feel the anguish, the suffering, and the pain being experience by [our] Hawaiian brothers and sisters who have succumbed to the deadly clutches of this deadly virus,” he wrote. “We pray that our merciful God would ease the agony, grief and sorrow being felt by those families who have lost loved ones.”

The governor’s letter was included by Hawaiian Airlines in its filing last Friday with the US Department of Transportation seeking another extension until June 30th of the exemption to its obligation to serve Pago Pago.

USDOT granted the first-two exemption requests — all based on the governor’s request for suspension of flights in an effort to combat the spread of the COVID-19 pandemic. The federal agency is expected to issue a decision this week on the latest request.