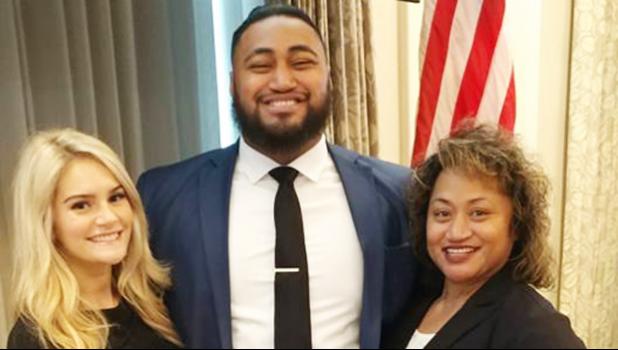 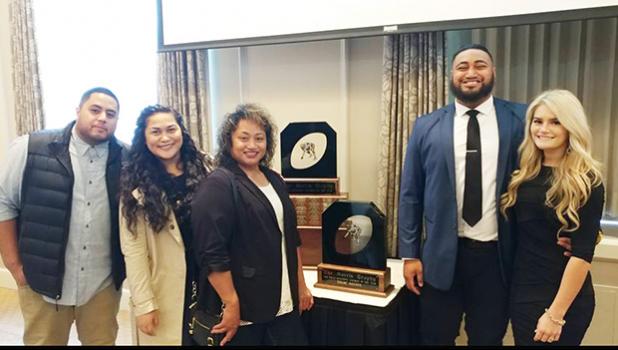 The 37th Annual Morris Trophy Awards 2016 was held at the Washington Athletic Club in Seattle Washington.

Isaac Asiata 24 years old, a 6-foot-3, 323 pound senior from Spanish Fork, Utah, accumulated 39 straight starts during his last three seasons and was named to the 2016 Associated Press All Bowl Team.

He was a four-year starter and played in 45 games during his collegiate career. During the 2016 season, Asiata scored a touchdown against USC after recovering a fumble in the end zone. Asiata is the first Samoan Ute offensive linemen to win the Morris Trophy Award and he dedicates the award to his mother Leitu Tui, said Asiata.

He graduated from University of Utah (Utes) in 2016, majoring in Sociology and is married to Angelia Benson Asiata.