What was she thinking? A palagi on why she wrote in the voice of a Samoan 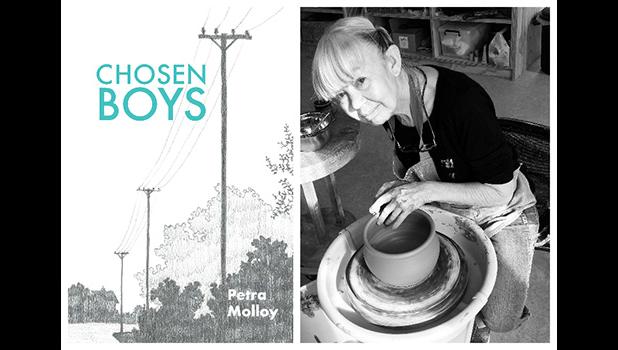 Auckland, NEW ZEALAND —  Petra Molloy was born in the Netherlands and moved to Aotearoa with her family in 1952; she lives in Auckland. Her novel Chosen Boys is about child abuse in the Catholic Church. It’s set in dawn-raids South Auckland – and is written largely from the point of view of a Samoan mother. We asked Molloy to explain that choice, and why she stands by it.

Here is her reply:

Chosen Boys is a fictitious story sprung from my own outrage. It deals with the sexual abuse of a seven-year-old and the effects on him, his family and community. It’s about the culture of concealment in the Catholic Church. It’s also about the resilience of a people, when their lives are being destroyed by the betrayal of the Church in whom they trusted.

The 1970s, when the story is set, is a relatively innocent period in that abuse was insidious, and people were not aware that it was happening – or perhaps, their trust in the Church was such, that they couldn’t have believed such a thing to be possible. I was a young woman in the 70s and was closely connected to the Church. I seldom heard it mentioned. Yet, sexual abuse in the Church was at its height during the 70s, enabled and facilitated by a Church whose official policy was to conceal it by moving the pedophile priest to another parish, where the abuse could start all over again. What chance did children have against bureaucracy like this? Their suffering is inconceivable. For many victims it has taken decades to tell.

Chosen Boys is set in Auckland and is told from varying cultural points of view. The people in the story reflect the multicultural society that New Zealand was, and is; it is also the one I grew up and lived in.

The novel is told from many points of view, and one of these, a significant one, is that of a Samoan mother. After World War Two, due to economic growth and an acute shortage of workers in factories and industry, New Zealand invited people from the Pacific to leave their countries and migrate here; they were promised a better life with many more opportunities. The migrants who settled in Auckland established their communities in the then poorer, run-down suburbs of Ponsonby, Newton and Grey Lynn. When the economy declined in the early 70s, Pacific Island migrants were blamed. The 70s were a shameful period in New Zealand history. It was when we showed ourselves to be a nation that persecuted people because of the colour of their skin, a time when politicians publicly inflamed the bigotry already latent in sections of our New Zealand society.

There continues to be some debate about the concept of white privilege in terms of fiction writing. “White privilege” refers to an institutionalized form of discrimination that favours the predominant group. It’s why Māori and Pacific people face greater barriers in achieving good health, education and employment and adequate housing. Peggy McIntosh describes white privilege as “an invisible weightless knapsack of special provisions, assurances, tools, maps, guides, codebooks, passports, visas, clothes, compass, emergency gear, and blank checks”. For those who have it, it’s unthinking, like the air they breathe. For those who don’t, it turns into a very unfair playing field.

Yet, trespassing into the life of another is the basis of fiction. In the Shriver fallout, British-Indian writer Hari Kunzru argued: “Good writers transgress without transgressing … they are humble about what they do not know. They treat their own experience of the world as provisional. They do not presume. They respect people, not by leaving them alone in the inviolability of their cultural authenticity, but by becoming involved with them.”

I hope that I have entered into the Samoan and my other worlds with respect, that I have trod in the shoes of all the mothers with reverence, and with an awareness that what I write is only the imagined experience of a suffering I can never truly know.