US President among those who express condolences to the Utu family 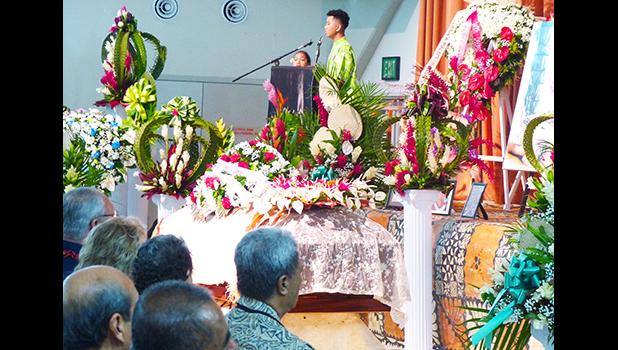 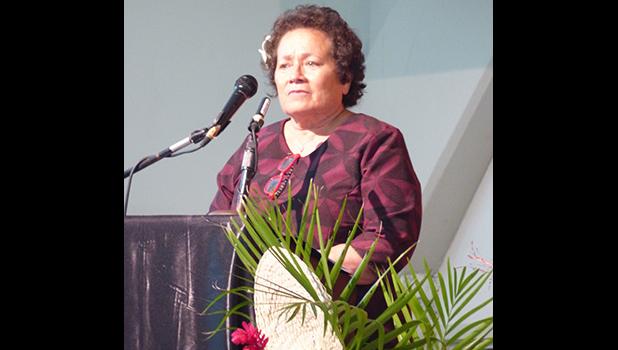 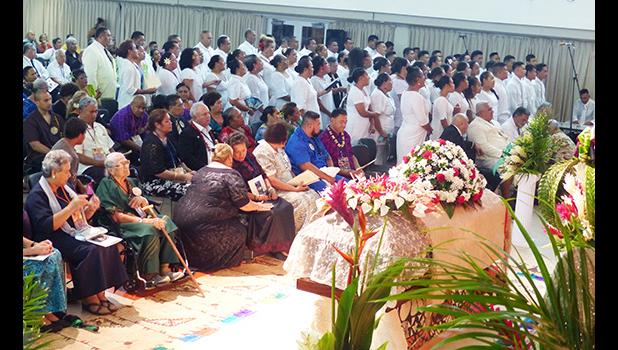 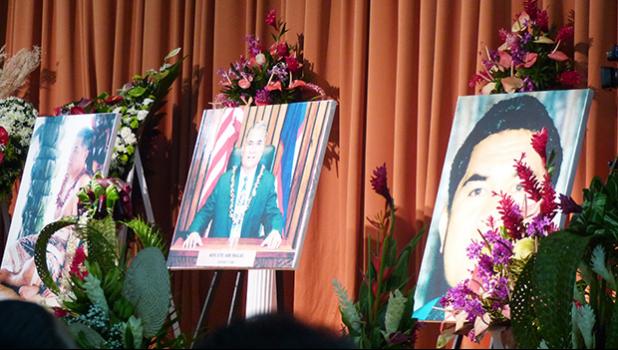 Pago Pago, AMERICAN SAMOA — Singing on stage at the Gov. Rex Lee Auditorium, Wednesday evening, during the family service for Utu Abe Malae, were his nephew and niece. The family service was packed and lasted for more than 6 hours as people — family and friends — stood in line to offer testimony and farewells to a man who was a beloved friend, father, brother, uncle, nephew, co-worker and boss.

Among the many testimonies delivered on the passing of the late ASPA executive director, Congresswoman Aumua Amata — a close friend — also spoke during Wednesday’s family service, and read an Oct. 10th letter from US President Donald J. Trump expressing condolences to the Utu Family.

Utu was the chairman of the Republican Party of American Samoa and as chair, he cast the local party’s vote for Trump during the 2016 National Republican Convention.

“I was deeply saddened to learn of the loss of High Chief Utu Abe Malae,” the President wrote. “I send my sincerest condolences as you honor his meaningful life.”

“Utu’s compassion and commitment to improving the lives of others was inspiring and influential. He leaves behind a legacy of a strong work ethic, steadfast leadership, and service to his community,” Trump continued. “He truly embodied all that is great about our Nation, and I am grateful to have had his support.”

“[First Lady] Melania and I pray that you find peace and comfort as you reflect on the memories you shared with Utu. We are keeping you in our thoughts and prayers. May God bless you,” concluded the President.

Utu's final funeral service and burial are set for today in Amouli.