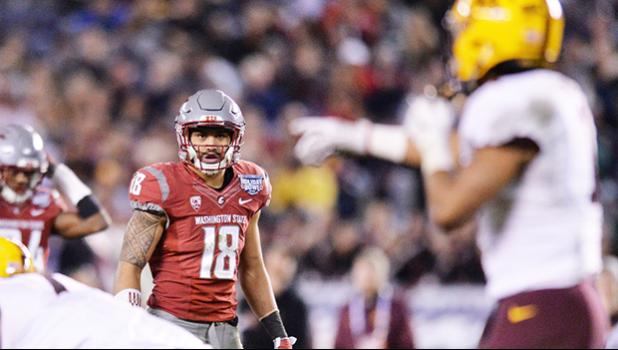 As the 2017 NFL draft inches closer, the Oakland Raiders have diverted their focus away from status quo to host former American Samoa soccer star Shalom Luani.

The Raiders will bring Luani into Oakland for a visit on Tuesday, per NFL’s Ian Rapoport.

Luani dominated the pitch before shifting his focus to the gridiron, as he showcased his soccer skills with a game-winning goal over Tonga with American Samoa in a World Cup qualifying match at just 17-years old.

To no surprise, Luani continued to have success throughout his two-year football career with Washington State (2015-16).

Despite having little experience on the football field, Luani developed strong play recognition abilities and instincts in his short tenure with Washington State, leading to a surplus of big plays in coverage.

Luani, however, will need time to develop his tackling ability to play a significant role as a run defender at the next level.