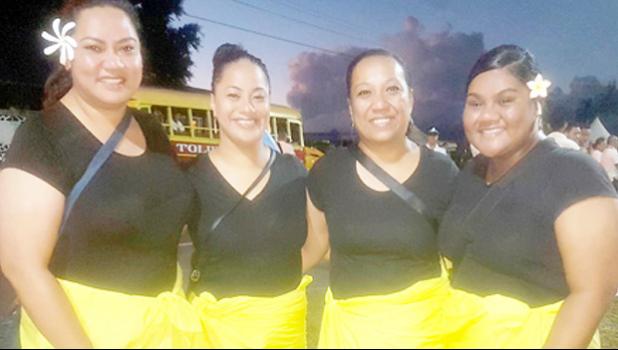 Apia, SAMOA — Nineteen-year-old Senetenari Aumavae received her malu last year and on Saturday, 1 June, she proudly joins the Malofie Samoa Association (MSA) in the march to celebrate 57 years of the Independent State of Samoa.

Born in Samoa and raised in Leone, American Samoa, she told Newsline Samoa "it's an honour to walk" alongside the Sulu'ape family in the Independence Day march.

"This is my first flag day here in Samoa. My goal is to have a good time and see what goes on here because I know there's probably a difference between here and American Samoa's Flag Day," she said.

"I'm marching. I think it's an honour to come and walk. This is my first time. It's like historic. The Sulu'ape family is well-known for tattoos and I'm actually pretty excited and pretty honoured to walk."

A graduate of Faasao-Marist High School, Senetenari is majoring in criminal justice and pre-law at the American Samoa Community College (ASCC) in Mapusaga.After ASCC, she plans to sit the Armed Services Vocational Aptitude Battery (ASVAB) and hopefully join the U.S. Navy.

Lieutenant Governor of American Samoa Lemanu Peleti Mauga and his wife Ella Gaea Mauga are also in the country for Samoa's 57th celebration of Independence.