Another Sewell making his mark in football 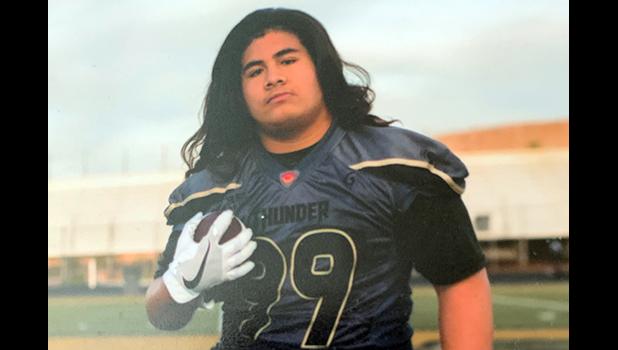 St. George, UTAH — Michael Sewell is the latest of the Sewell clan to make his mark in football.  The 8th grader is a defensive tackle at Desert Hills Middle School in St. George, Utah.  He is the younger cousin of Sewell brothers Gabriel (Nevada Wolfpack linebacker), Nephi (BYU defensive back), Penei (Oregon Ducks left tackle), and Noah (Orem Tigers linebacker).

All five have their roots in American Samoa. Michael is the son of Michael and Sailau Sewell (Nuuuli & Pago Pago), the brothers are the sons of Gabriel and Arlene Sewell (Nuuuli & Utulei) and all five are grandsons of Penei Sewell and Sola Solaita.

A few more years and they could form their own NFL team.