Team Am. Samoa at Medal Rounds 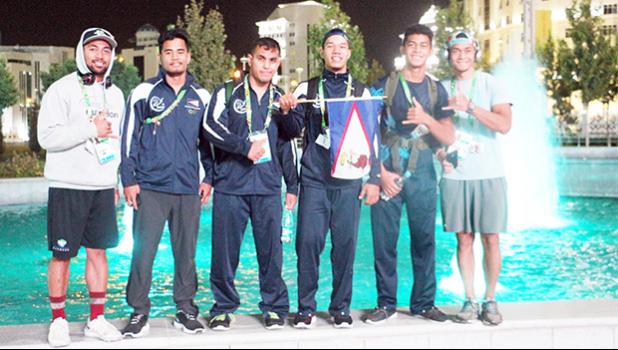 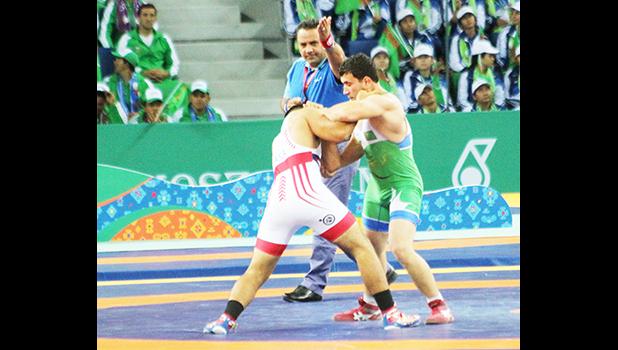 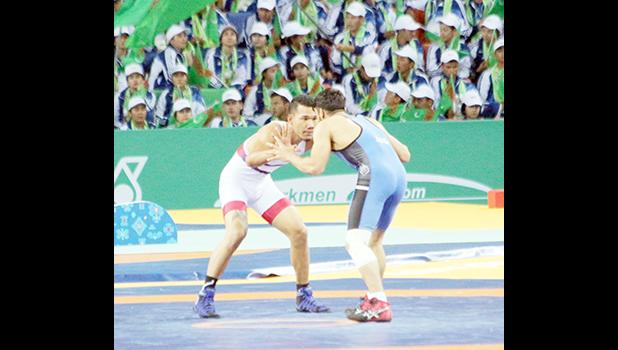 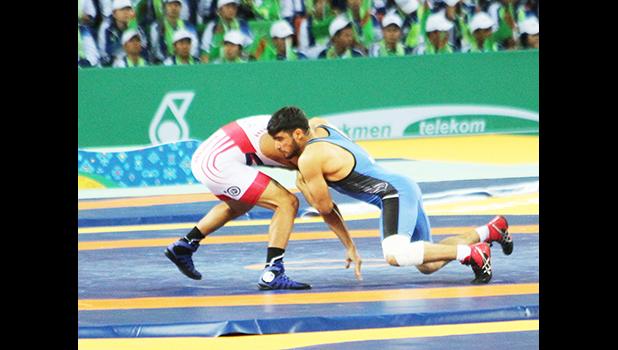 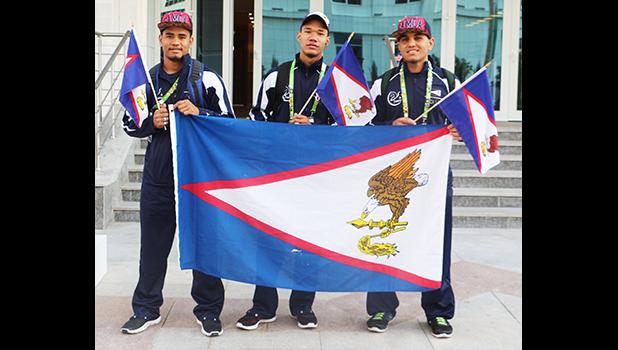 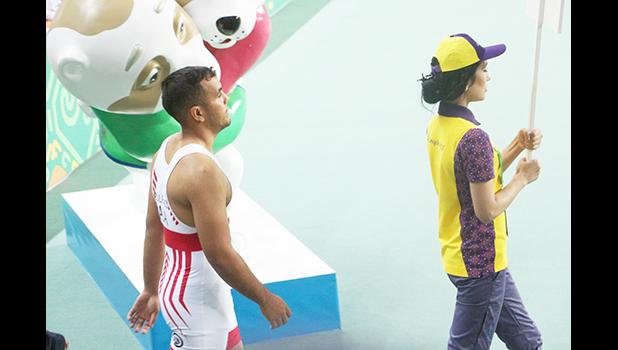 Just as the last days of the 2017 Ashgabat Asian Indoor and Martial Arts Games were coming to an end, two of team American Samoa’s wrestlers took the American Samoa Flag all the way to the quarter final round in Men’s  Greco Roman Wrestling; Daniel Missalefua at 71kg and Nolan Puletasi at 85kg.

Nolan Puletasi’s Bronze medal match up was against older wrestler Owelekow Syhazberdi of Turkmenistan, in the 85kg category.  Owelekow, who comes from a long line of wrestlers in his family was able to defeat Puletasi in the medal round for the bronze, despite Puletasi’s valiant attempt to gain the win.

Asked after about the match Puletasi, crestfallen that he lost but proud of the fact that he was able to wrestle someone considered one of the top contenders for the Gold here at the AIMAG Games said. “I loved every match I was in. It gave me a chance to experience the level of competition here on the Asian continent. There's always more room for self-improvement and I plan on working harder towards the next wrestling event. Overall experience is knowledge I have gained of the international route. Thank You American Samoa for your prayers and support.”

Daniel Misaalefua’s Bronze Medal match up was also against an older wrestler Hussaini Mustafa of Afghanistan in the 71kg category.  Much like Owelekow, Mustafa comes from a country where wrestling is the main sport; culturally and historically. Many Middle Eastern and Asian Countries live and breathe wrestling from an early age with many starting as young as 5 years old.

Misaalefua after the match was grateful for the opportunity to wrestle another top contender in his field. He said, “This is my first international competition, and I thank God for the opportunity to wrestle for a medal. There is an old saying, ‘We live on the mat, we die on the mat,’ and throughout my whole match though it was tough, I tried my best and I am looking forward to representing our Island in any other wrestling competition and hopefully the 2020 Tokyo Olympics.”

ASNOC Secretary General Ethan Lake was enthusiastic over the fact that American Samoa has now placed in the top five in a major Asian/Oceania tournament. “Team American Samoa has competed against some of the top athletes in the world here at these games, and we are very proud of the athletes’ achievements,” Lake said.

The games, which were awarded to Ashgabat by the Olympic Council of Asia in 2010, opened on September 17 and involved 6,000 athletes and officials from 65 teams – 45 from the OCA, 19 from Oceania and the African Refugee Team. American Samoa’s name being called out not once but two different times for medal rounds was amazing.