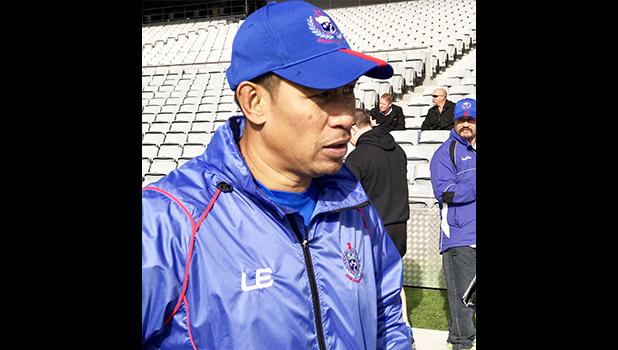 Ieremia’s decision to step down from the role followed the presentation of a comprehensive review into Manu Samoa’s 2017 campaign.

Ieremia said:  “It is with a very heavy heart that I have decided to stand down as Head Coach of Manu Samoa.   I took on this role knowing the challenging circumstances and the changing profile and landscape of international rugby for Manu Samoa. Although the goal was to win and build towards the World Cup in Japan, the losses of this campaign have proven too costly for everyone,” he added.

“I feel I still have much to give this role so I’m hugely disappointed with this outcome, but as Head Coach, I alone must take full responsibility for our results.  I believe my decision today is the best one for our beloved Manu Samoa team.

“I’m immensely proud of the development of this team and I know there is a strong foundation for them to move forward for greater things in the near future.   It is always tough to get the right quality mix of new and experienced players, but I believe there is now a core nucleus that can move forward from here.”

“I am grateful to the Samoa Rugby Union and the Board for their support of me and our management team.  They have borne a lot of criticism for the results we delivered but I have never doubted their belief in the Manu Samoa,” Ieremia said.

The Samoa Rugby Union will now begin immediately the process of recruiting for a new Head Coach, Fepuleai said.