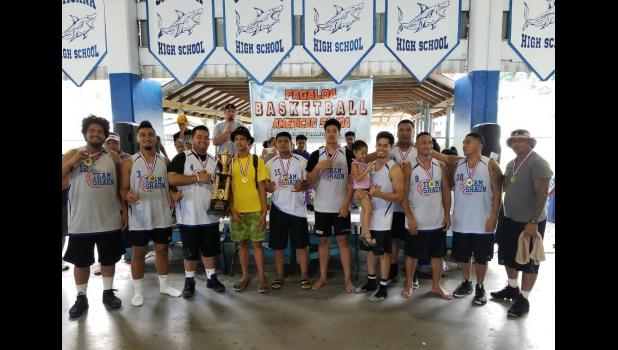 Pago Pago, AMERICAN SAMOA — The winner of the 2018 Fagaloa Basketball Summer League is Team Shaun from Leone. Team members are pictured with the championship trophy and their medals.

The championship game was held at the Samoana HS gymnasium this past Saturday and it was a thriller that had everyone on the edge of their seats. It was west versus east, with Team Shaun facing the Pago Pago Eagles who lost by only one point.

The 2018 Fagaloa Basketball Summer League was held for two months and all games were played at the Sharks gymnasium. The league was hosted by local basketball fanatics who wanted to promote the sport and at the same time, give ballers the chance to stay active and fit.

Congrats to Team Shaun from Leone and everyone who participated this year.