Handball championships underway in Australia — American Samoa teams are there 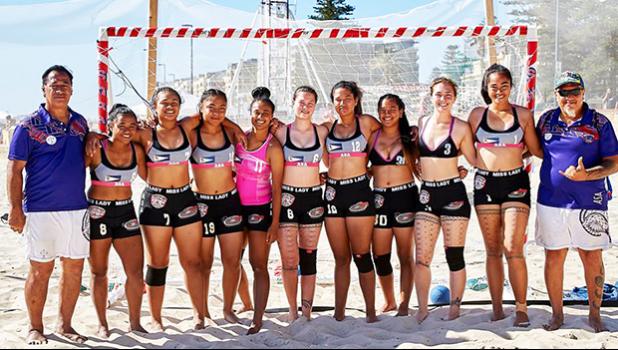 For this regional tournament, American Samoa is fielding — for the first time — a men’s beach handball team. There are 400 players and officials representing almost 40 teams from across Oceania in Adelaide for the four-day tournament.

According to OCHF, men’s, women’s, and mixed teams from Australia, New Zealand, Japan, AS, Cook Islands, and Kiribati are competing in the tournament.

For each gender, the winner of the Oceania title will qualify for the inaugural Association of National Olympic Committees (ANOC) World Beach Games set to be held in San Diego, California, October 10-15, 2019 as well as the 2020 International Handball Federation (IHF) World Championship in Italy.

Meanwhile, the American Samoa Handball Association is aiming to establish national indoor teams, beginning with the women’s side.

“The success of our women's beach handball teams has really sparked the interest in handball from many of our local women and girls. We have secured an IOC team grant for our women’s indoor handball program,” Floor said in a story by the IHF.

He explained that one of the reasons “we focused on beach handball was because we had a hard time filling the roster for indoor handball. This is no longer the case, and many of our beach handball players started out by playing indoor. They are looking forward to returning to the indoor courts.”

In the men’s category, Floor said the focus remains on beach handball, where the squad is being built around talented athletes from other sports, and includes national basketball, rugby, and baseball players. The main goal, at this stage, is enjoyment among the players and recruitment to expand the pool.

“Success for us, as far as the men’s team is concerned in Adelaide, would be for them to come back with a great and fun experience, where they can help us promote the game and attract more men,” Floor continued. “We have a mixture of youth, junior and senior men who are all very athletic and most importantly, they love the game.”