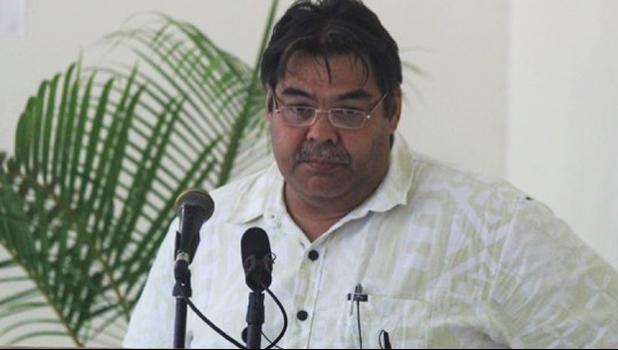 His concerns were expressed in an email to the S.R.U. Chief Executive Officer Faleomavaega Vincent Fepulea’i dated September 20, 2018, which was copied to members of the Board.

He acknowledged receiving an email from the Sunday Samoan. But he did not respond to questions in relation to this matter.

Namulauulu stated in his email that the normal process for the recruitment of a head coach is for the panel’s recommendation to be tabled before the board for its endorsement and blessings.

He said the actions of Faleomavaega undermined the authority of the board and reflects how insignificant the board is to him.

“My fear is that you are exposing the Hon Chairman (Prime Minister) and the Board to criticism and possible litigation due to your reckless action."

“Whist you are disappointed with the process being compromised, you should be reminded that it was compromised right from the outset because of your action."

“I read your comments in the media yesterday (19th Sept) and you stated that S.R.U. is following the due process and I quote ‘we have yet to submit the recommendation to the S.R.U. Board for their review and final decision’.

“However in the email sent by Faleomavaega indicated the decision was made by the Board on the12th September.

How can you make a decision on the 12th September yet the interview process was only completed on the 17th September,” said Namulauulu.