What next for Pacific regionalism? 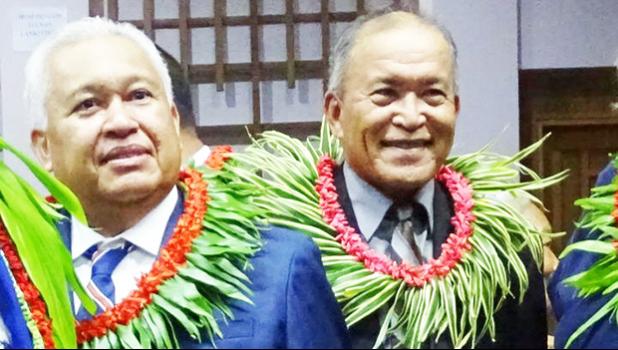 Majuro, MARSHALL ISLANDS — The man at the center of Micronesia's departure from the Pacific Islands Forum (PIF) says the move puts them in a good position to help shape the architecture of a rejuvenated regional body.

The perceived snub angered Micronesian leaders who had been clear in the lead-up to the decision that they believed it was the northern Pacific's turn for the top job.

In October's 'Mekreos Communique' the presidents of Kiribati, Marshall Islands, FS Micronesia, Nauru and Palau had insisted the Forum honor an unwritten gentleman's agreement to rotate the Secretary-General role by sub-region. Only Kiribati has held the role in the eight terms since Micronesian countries joined the Forum.

However, the withdrawal, suggests Ambassador Zackios, is an opportunity to resolve issues which have created division within the Forum.

It's what led to their departure, said the Marshalls' head-of-mission to the United States, and was at the core of what needed to be addressed.

"Not only of the election process," said Zackios.

"But the whole of the important reform that is required to be done to the structure of this [PIF] so that every membership and every participation should be equal and address the key issues."

Regionalism as expressed by the Forum had serious flaws, especially when effective unifying approaches were needed most, he continued.

He said the priorities of Micronesia were not given adequate attention and were seldom expressed by Forum leadership.

“We are often shunted off into smaller states groupings, the Small Island States, whose outcomes generally don't easily see the light of day. There is no clear sub-regional voice.”

The diplomat said reform within the Forum was continually studied but those studies were recycled without the political will to implement them.

Securing the Secretary-General role would have allowed work to begin on the structural change needed "to ensure it was fit for purpose" he added.

"This wouldn't have been a business as usual continuation.

"When you can't see your own voice or role within an organization deemed to represent you, in an institution which may seem less interested in pursuing much needed structural change, well, past a certain point it is difficult to continue that relationship."

However, Micronesia remained committed to the region, said Zackios, and to developing platforms where work can continue towards a unified voice.

He cited the design of ongoing regional security architecture through the Boe and Biketawa declarations as examples, both ratified in Micronesia.

Meanwhile, a former US ambassador to Fiji, Kiribati, Nauru, Tonga, and Tuvalu from 2008 to 2011, Steven McGann, said there was always opportunity within multi-lateral organisations to review, reform and refresh.

"In this particular case with the Forum, one could actually beg the question as to whether or not you should have rotating leaders based on sub-regional factions," he mooted.

"That's something that should be looked at."

He concluded that opportunities to effect positive change needed to be promoted.

At New York's Cornell University, a former director of the East-West Centre's Pacific development programme, Jerry Finin said some of those opportunites and useful ideas are being floated by Pacific leaders. Establishing a more formal procedure for selecting the Secretary-General was one of them, he said, including a three yearly rotation of the role rather than the current six years.

"To get over the disrespect and marginalisation some Micronesian leaders feel," he posed.

"Another idea might involve identifying another venue or regional organisation to at least temporarily take on responsibilities for convening the annual region-wide Pacific Leaders Meeting."

In New Zealand, Massey University's senior lecturer at the Centre for Defence and Security Studies, Anna Powles, added that regionalism and multi-lateralism were central to Pacific representation on the global stage.

This would be diminished with the loss of Micronesia.

The coming year would see whether the relationship could be salvaged and whether concerns would be addressed, she mused.

"I think a lot of this hinges on the review of the regional architecture and the buy-in across the region of key leaders and individuals as part of that," said Powles.

"And hopefully the Micronesian states will be part of that conversation as well, because obviously there is a great deal to learn there."

Micronesian countries would need a pivotal role in re-shaping the architecture of the regional body in order for that to happen, said Gerald Zackios.

Involvement in the Forum's reformation may help keep Micronesia involved, "and some of the leaders have said and acknowledged that," he added.

In the meantime, the Micronesian sub-region would remain active in other regional bodies

They will remain members of other Pacific inter-governmental (CROP) organisations, including fisheries, science and environmental agencies, he added.

"It may continue to create some challenges but I don't think you will see a weakened participation of the countries in all this," he said. The CROP agencies are chaired by the PIF Secretary-General.

"It might also give better opportunities for addressing the issues that really matter."

Micronesia's secession from the PIF clearly matters to other regional members including Papua New Guinea and Samoa, whose prime ministers have indicated a desire to ensure sub-regional balance through a rotation of the Secretary-General role.

It remains to be seen if enough can be done to woo Micronesia back to the Forum family.