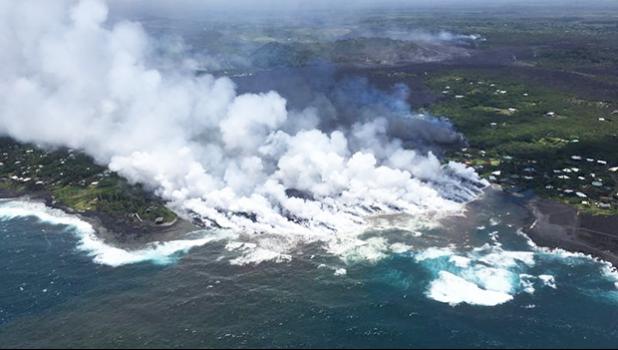 Big Island, HAWAII — "Shelter fatigue" is starting to bite in Hawaii where about 2000 people have been displaced by lava flows from the Kilauea volcano.

Many evacuees on the Big Island are living in shelters, tents and other people's homes.

The East Hawaii chapter of Voluntary Organizations Active in Disaster (EHVOAD) has been helping to coordinate volunteers in shelters, including one area nicknamed tent city.

EHVOAD's Suzi Bond said many aid organizations were helping like the Red Cross, Hope Services and the Salvation Army which had provided more than 20,000 meals in five weeks.

"That is the biggest thing just trying to get these people out of shelters and into some place where they can close and lock a door and feel a little bit of privacy because the shelter fatigue is becoming a thing too," she said.

Many people now in shelters were used to living alone and off the grid, Ms Bond said, so being stuck with hundreds of others in a shelter could be difficult.

One organization had set up temporary, small homes on vacant land, she said.