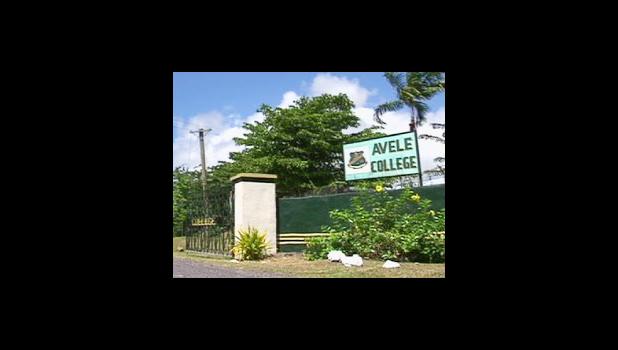 Apia, SAMOA — An incident at Avele College where a student attacked a teacher has taken an interesting twist.

This time, the school’s Deputy Principal has been charged for being a party to an offense.

A teacher accused of beating a student has also been charged with assault.

The cice principal and teacher will appear in court on 3 April 2018.

“We must understand that a law is a law,” Auapa’au said. “There are other options to look at when dealing with problems within families, schools, churches and every area of life.

“We must also understand that when it comes to problems like this, we need to have patience so that everything would fall in place at last,” he said.

The charges follow a complaint lodged by the families of the two students allegedly assaulted by the teacher.

A family member of the students, who spoke to Samoa Observer, explained the incident erupted as a result of the students reacting to what the teacher had done to them.

“It is alleged one of the students received a beating from the teacher involved because of his uniform while the other student was because of his hair cut,” the family member who only wanted to be identified as “Xat” told the Samoa Observer.

“The students told their Village Council that they were embarrassed when they were scolded by the teacher in front of other students during the school assembly.

“It is alleged one of the students was punched in the face by the teacher and he fell on the ground,” Xat said.