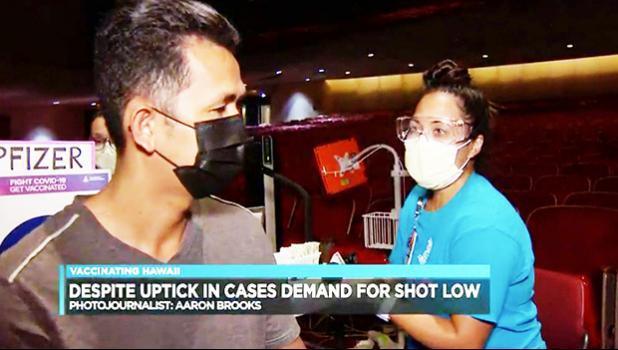 Honolulu, HAWAII — As the number of new COVID infections surge in Hawaii, daily vaccination numbers are going in the opposite direction.

There were no lines at the Queen’s Medical Center’s Blaisdell Center vaccination clinic. The people who did go were in and out in under a half hour.

For Orlando Daquioag, getting the shot was a spur of the moment decision prompted by his 12-year-old son.

“So I decided to come get one with him as well,” she said.