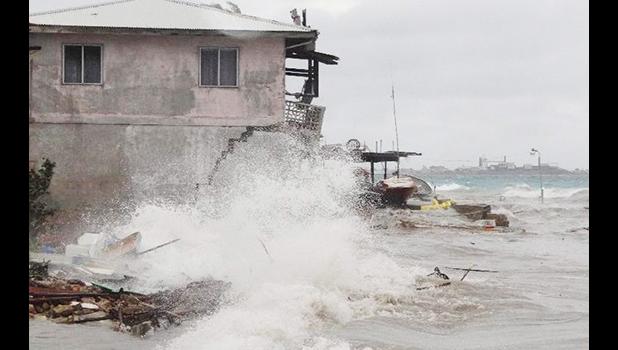 Washington, D.C. — A new United States federal assessment on climate change shows that the economic, social and environmental effects in the US affiliated-islands of the Pacific could be catastrophic.

The National Climate Assessment, which is the result of four years of collaboration by about 300 US academics and experts in the field, is the most comprehensive, authoritative report yet on the effects of climate change across the US.

In the Pacific it lists major concerns such as strained freshwater supplies, damaged and compromised coastal infrastructure, destruction of coral reefs and greater stresses on native biodiversity and species.

The report said in economic terms, the impacts in the Pacific could add up to billions of dollars.

But it also said early action to address these impacts can lower economic, environmental, social, and cultural costs and could help to prevent conflict or displacement from lands and resources.

The chapter in the National Climate Assessment on Hawaii and the other US Pacific Islands and affiliated territories lays out the changes already being felt, as well as what lies ahead.

The top findings include: Dependable and safe water supplies are threatened by rising temperatures, changing rainfall patterns, sea level rise, and increased risk of extreme drought and flooding. Islands are already experiencing saltwater contamination due to sea level rise, which is expected to catastrophically impact food and water security, especially on low-lying atolls.

Sea level rise has accelerated and is now damaging critical infrastructure such as transportation and housing, as well as beaches, ecosystems and cultural sites.

In Hawai'i, the value of all structures and land expected to be flooded by 2100 amounts to more than $US19 billion state-wide.

The Pacific Islands will experience sea level rise higher than the global average, projected to further accelerate strongly after mid-century. Adaptation strategies that are implemented sooner can better prepare communities and infrastructure.

Widespread coral reef bleaching and death are occurring more frequently, and by mid-century these events are projected to occur annually, especially if current trends in greenhouse gas emissions continue.

Bleaching and acidification will result in loss of reefs, leading to lower fisheries yields and loss of coastal protection and habitat.

These changes imperil Indigenous peoples' health and well-being and their relationships with lands, territories, and cultural resources.

Changes promote the spread of invasive species, threatening biodiversity, important to island people and a source of economic revenue. Some species are expected to become extinct and others to decline to the point of requiring costly protection.

In the face of such risks, groups across the region are working together to lessen damage from global warming and to reduce the greenhouse gas emissions that are causing climate to change in the first place.