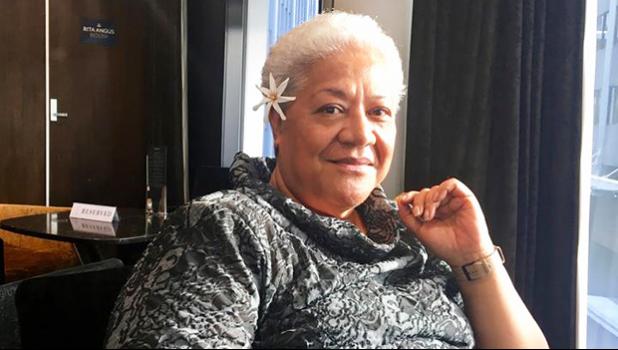 Apia, SAMOA — Samoan deputy prime minister has quit Cabinet and the country's Human Rights Protection Party, in a defection over controversial proposals to amend the constitution.

Fiame Naomi Mata'afa, who is also natural resources minister, quit on Friday after meeting with constituents over the three bills, which would alter the power of the land and titles court.

She said she could not bring herself to support them, which prompted the prime minister, Tuilaepa Sailele Malielegaoi, to tell state radio she would no longer be welcome in the party.

"I don't mind [she] doesn't approve [of the bills]," Tuilaepa told radio 2AP. "That is her decision, which means she is no longer with the party."

Several MPs had already quit the party over the bills, including the former speaker of Parliament La'auli Leauatea Polataivao, who has since formed his own political party.

That party, the Fa'atuatua i Le Atua Samoa ua Tasi (FAST), has since consolidated with two other opposition parties to form one of the most significant challenges to the HRPP in decades.

Fiame, who was Samoa's first woman minister and deputy prime minister, will stay in parliament as an independent MP until next year's election, said Autagavaia Tipi Autagavaia, RNZ Pacific's correspondent in Apia.

He said to lose a deputy prime minister is a significant defection from the HRPP, which has ruled Samoa for nearly 40 years, and an embarrassing blow for the prime minister, who has been in charge since 1998 but is under sustained pressure over the bills.

"Now we see the result of all this controversy," he said. "The deputy prime minister stepping down from a party she was loyal to for so many years."

While Samoa Observer is reporting she has no intention of joining another party, in an exclusive interview with talamua.com Fiame speaks of remaining an Independent until next year (2021) when elections arrive, and she will then meet with her constituency, crossing that bridge when it comes.

As of yesterday, Fiame was cleaning out her ‘desk’ and returning all government assets. She is no longer a Cabinet member, but remains an Independent MP.

This morning RNZ Pacific is reporting Fiame saying the implication of joining another party now that she has left the governing HRPP was that she would lose her seat immediately which she did not want.

Fiame has made it clear she wants to run in next April's Elections and says she has discussed this with her former leader and Prime Minister, Tuila'epa Sa'ilele Malielegaoi.

A senior New Zealand university lecturer in Samoan studies says the government's land reform bill is not in the best interests of Samoan people.

The government proposes to introduce an official register of land holdings maintained by the state that guarantees title to those named on the register for public and freehold land only.

But Galumalemana Afeleti Hunkin at Victoria University in Wellington says the government is driven by an economic agenda to start individualizing land titles.

He is appealing to members of parliament to consider all land in Samoa to be sacred and questions the finer details of the bill.

"Now I think basically it’s wrong for government to rush and try to pass this bill because it has this timetable of an economic nature. What legal requirements are there in the bill? Nobody's seen the bill and the government has put a hold onto it before people can look at it and investigate to see what is in it."

The leader of the Samoa Party, Su'a Rimoni Ah Chong, has warned that traditional land is under threat if the government's Land Reform Bill is passed.

The former Chief Auditor says the land bill places ownership on the individual rather than the heirs of a family title.

Su'a said the emphasis of the bill is on the individual who holds the title instead of the family who are collectively the true owners.

Su'a believes that the whole country is not fully aware of the constitutional rights of traditional ownership that is now at risk.

The proposed legislation would place communal land ownership on the current holder of a chiefly title.

Su'a warned that the title holder can make out a will giving ownership to his/her children who will in turn become the legal owners of the land.

This essentially cuts out other members of the larger extended family who are heirs to the matai title.