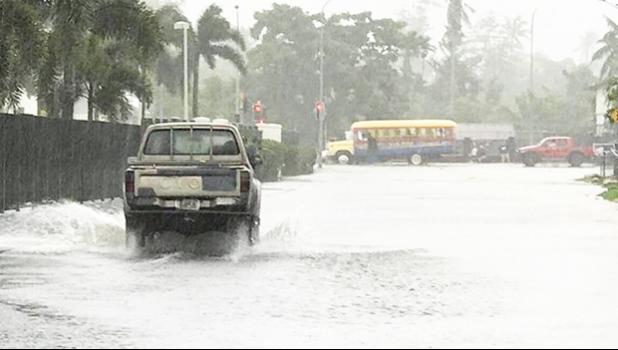 Apia, SAMOA — A storm system west of Samoa could turn into a cyclone in the next 24 hours, Samoa's weather service says.

At five o'clock on Wednesday evening (Samoa time) the tropical disturbance was about 260 kilometres west of Apia.

The service said the system, which was moving southeast, had a low to moderate potential of developing into a cyclone.

Conditions will be foggy and roads slippery. There is also a danger of landslides, and coastal inundation.

The warning follows several days of bad weather that has caused flooding and forced schools to close in both Samoa and American Samoa.

In response, the Samoa government announced schools would remain closed on Thursday and Friday.