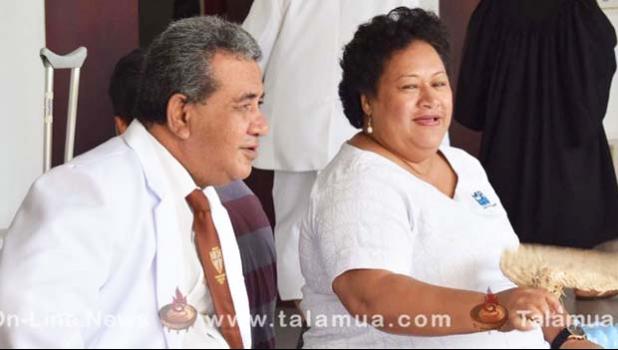 Apia, SAMOA — The minsters of the Congregational Christian church who had tax evasion charges withdrawn in court this week, expect to face similar charges to be filed against them soon.

The CEO of the Ministry of Revenue confirmed in a media release last night that the Court was advised of future court proceedings to be conducted by the Office of the Attorney General with the assistance of the Ministry.

“As such, the Ministry made an application to withdraw the charges in anticipation of future charges that will be filed on the advice of the Office of the Attorney General,” said the CEO.

Matafeo Avalisa Viali-Fautua’alii clarified that the Ministry is aware of the Congregational Christian Church ongoing refusal  to comply with the tax legislation enacted by parliament and that the tax case against the church ministers is continuing, led by the Attorney General’s office.

“It is crucial to note that the decision to withdraw the charges against the ministers of religion yesterday should not be taken to mean the Ministry and most especially the Government will be reconsidering the tax law as it stands,” said Matafeo.

“As the only denomination who opposes the tax law, the Ministry and the Office of the Attorney General will continue to work collaboratively in future court proceedings against ministers of religion who do not fulfill their tax obligations under the tax law.”