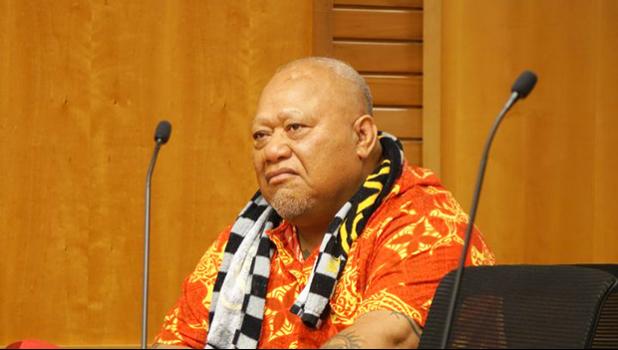 Napier, NEW ZEALAND — A teenage Samoan girl promised schooling in New Zealand was instead allegedly made to cook and clean and got beatings, the High Court in Napier has heard.

The woman, who was a 15-year-old at the time of the alleged offending in 1994-95, is one of several complainants who will give evidence at the trial of the first person to face both human trafficking and slavery charges in New Zealand.

Joseph Auga Matamata, 65, denies 24 charges relating to 13 people he brought over from Samoa between 1994 and 2017 to carry out horticulture work in Hawke's Bay.

Crown Prosecutor Clayton Walker told the jury of six men and six women that the girl finally fled to Auckland after several beatings by Matamata, but he tracked her down and brought her back.

"And he did bring her back ... by car, with her hands and wrists tied as she was in the back of the car. She was placed in the storeroom for the night."

Another of Matamata's alleged victims, who will also give evidence during the five-week trial, spent his 17 months working but did not receive a cent, Walker told the court.

After a long day in the fields he was locked up behind a perimeter fence around Matamata's Kiwi Street home in Hastings, he said.

"He was not allowed out without permission. He was not meant to talk to others when he was at work or at church on Sundays.

"Much of his time when not working was doing chores, and if he didn't do the work or the chores to the standard required by Mr Matamata then he would either be abused, or even hit.

"He was hit various times, by a stick, by a power cord, by secateurs, by a broom," Walker said.

In the Defence's opening statement, Matamata's lawyer Roger Philip urged the jury to keep an open mind until they had heard all the evidence.

"This is a trial really about an extended Samoan family and their relationships, and how the cultural context of service, assistance, obligation match in with these particular charges."

There must be a presumption of innocence for Matamata because he had pleaded not guilty to all 24 charges, Philip said.

Matamata's trial, before Justice Cull, is set down for five weeks and will hear from dozens of witnesses from Samoa, Australia and around New Zealand, many through interpreters.

In his opening speech, Clayton Walker said Matamata abused his respected position as a Samoan Matai, or chief, by promising the workers a better life in New Zealand.

"The reality was different to what was being promised ... they found they were being used like slaves," he told the court.

Matamata never intended to pay the workers and Immigration had "conservatively estimated" he kept more than $400,000 in wages they had earned, Walker said.

If the complainants asked where their money was, he told them they still owed him money for travel, visas, room and board, he said.

The complainants spoke no English, were often illiterate, had little contact with their families in Samoa, Walker said.

"They were instructed that when they were at home they were to remain at the property and not to leave without his permission.

"While at the property they were required to perform various tasks or chores. They were not to communicate with passers-by, or with other people they came across whether that be at work or church.

"They were rarely able to communicate with their families back in Samoa and when they were, it was in his presence," Walker said.

He said the complainants were recruited by Matamata in Samoa with the promise they would be able to earn "significant" money in New Zealand and that they trusted him because he had the chiefly status of a Matai.

"A Matai is someone with controlling authority. Someone who commands respect and obedience. It is a fundamental part of Samoan culture."