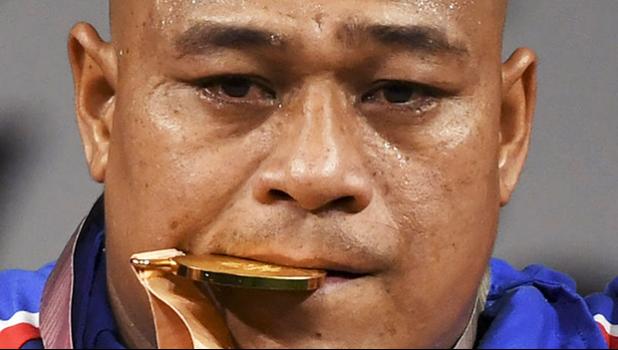 Apia, SAMOA — Team Samoa Chef de Mission Nynette Sass says the 2018 Commonwealth Games can be a launching pad for sport in the country after the team finished highest of the Pacific nations competing at the games.

Samoa finished in 17th place on the overall medal tally on the Gold Coast, winning three gold and two silver medals in weightlifting and boxing.

"It is a sense of pride for us knowing that we're leading as far as Oceania is concerned and for a small island country it's punching above our weight. Out of 71 countries we're doing not too bad."

"Weightlifting is the sport to pursue for us and support in Samoa but we also recognise the fact that boxing has finally re-emerged again out of the ashes and we're very keen to pursue and support the development of boxing again."

Nynette Sass said the future is bright with 17-year-old Feagaiga Stowers, 18-year-old Don Opeloge and 19-year-old Plodzicki-Faoagali part of a next generation of Samoan sporting talent.

"The desire is to help develop new, fresh blood and so seeing these young guys - this is the reason why we have actually invested quite a lot into having a team like the medical team and our physios in place to help with these guys in their recovery and the welfare of our athletes.

"I think this has been absent for a long time and we're on the right track now."