Would you support the Fono revisiting American Samoa drug laws in relation to marijuana (THC) and CBD?
Yes to both marijuana and CBD
70%
No to both
16%
Yes to marijuana, No to CBD
7%
Yes to CBD, No to marijuana
7%
Total votes: 619
Home 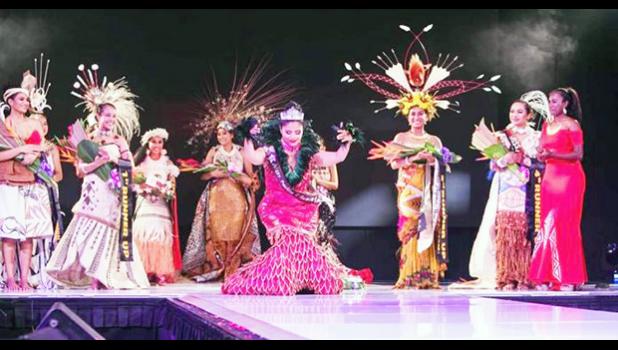 Port Moresby, PNG — The next Miss Pacific Islands Pageant in 2020 will be held in Apia, after Samoa won the bid to bring the pageant home to celebrate 34 years since its establishment.

It didn’t come easy for Samoa, as it had to overcome a tough competition from Fiji, which also vied to host the pageant. The decision was finalized at the Miss Pacific Islands board of directors meeting in Port Moresby, during the week of activities of this year’s pageant hosted by Papua New Guinea.

Samoa’s board director and Manaia Events president, Leiataua Jerry Brunt who presented Samoa’s bid was pleased with the outcome. “It has been a few years since we’ve hosted, and we feel the pageant should come home every few years, in which it is fitting that we will also be celebrating 30 years of our Teuila Festival as well as some of our major events next year,” said Brunt.

“Papua New Guinea has done an excellent job in hosting this year’s pageant, and we look forward to welcoming everyone in 2020 to beautiful Samoa,” he added.

Hosting the pageant next year will coincide with the celebration of 30 years since Samoa established its annual Teuila Festival, amongst other national and international activities.

Pageant executive director, Faamatuainu Lenata’i Suifua thanked and acknowledged Molly O’Rourke and the Papua New Guinea organizing committee for their hard work in hosting a magnificent pageant this year, and the hospitality shown by the people of Papua New Guinea. He also acknowledged all members of the respective Pacific Island nations and their contributions.

On the theme, Pacific we are — One Step, One Aspiration - this year’s pageant week concluded on the evening of Saturday, Nov. 30th with the crowning of the new Miss Pacific Islands — Miss Samoa, Fonoifafo Nancy McFarland Seumanu, who will hand over the crown in her home within the next 12 months in Apia, Samoa.

The Miss Pacific Islands Pageant, since its inception in 1985, was approved by the leaders to establish an annual event that will promote the contributions of the Pacific ladies in the region through their intelligent, talented, and caring characteristics.

It has established a network of people from the region that have developed the pageant event to offer a platform in promoting the Pacific Islands, the diverse cultures, as well as the beauty of its interesting holiday destinations. This is achieved through the clever choreography of the contestants’ performances by artists and artisans and the best Pacific fashion houses, chaperones, mothers and kinfolk of the Pacific Island nations.

The Miss Pacific Islands has always been known as a pageant with a difference as it is one of integrity and promotion of the Pacific ladies’ wonderful attributes, and what others can expect from the beautiful countries and diverse cultures.