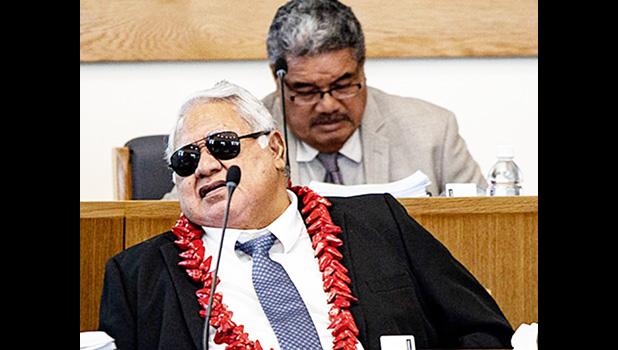 Apia, SAMOA — Prime Minister Tuilaepa Dr Sa’ilele Malielegaoi has attacked the Samoa Observer, accusing the nation’s only daily newspaper of being “nosy,” spreading “lies” and employing “kids” whose writing, he says, are misleading the public.

Tuilaepa issued his attack in response to the Samoa Observer’s coverage of the Legislative Assembly’s decision to ban the media from pre-Parliament briefings last week.

Speaking during his weekly media programme with Radio 2AP, Tuilaepa defended the decision, saying the media had no business being present during pre-Parliament briefings.

“The truth is that the media should have never been allowed to poke their noses into this thing,” said Tuilaepa.

“The meeting is for Members of Parliament so they could be briefed [about the bills to be discussed in Parliament].

Tuilaepa said the Samoa Observer liked to meddle in things it had no business being involved in. He said that the newspaper wanted to be first [to report on laws] and yet the legislation had not reached the leaders of the country.

“This is kids stuff,” the Prime Minister said, adding that in Samoan culture, it was only appropriate “that this stuff should be known to the leaders first”.

“And here we have these kids poking their noses into legislation that is just being discussed.”

“What’s happening now is that if Parliament convenes on Tuesday, a special meeting is held for all Members of Parliament to attend, where the CEOs and relevant officials explain all the bills and legislation that will later be tabled and discussed in Parliament,” Tuilaepa said.

“This is necessary to keep all Members of Parliament informed and to make their work easier. It doesn’t stop a Cabinet Minister from explaining [a bill] during an actual Parliament session but at least when the Minister speaks, members would have already had an understanding of the bills.”

Tuilaepa said the briefings improved the work of Parliament.

“It’s a big help to make the Members of Parliament understand the bills, keeping in mind that legislation is not that simple.

“In the past, Members of Parliament were only given new laws just before a session opens and there was no proper explanation. There was only be a brief from the minister when the bill was tabled for the second reading.”

The Prime Minister said the right time for the media to report on Parliamentary proceedings was when the House was in session.

Quotes taken from a translation of what the Prime Minister said in Samoan. The transcript of the Samoan interview is on page 70 of the Sunday Samoan today. Mata’afa Keni Lesa is editor of the Samoa Observer. His editorial on the issue is here.