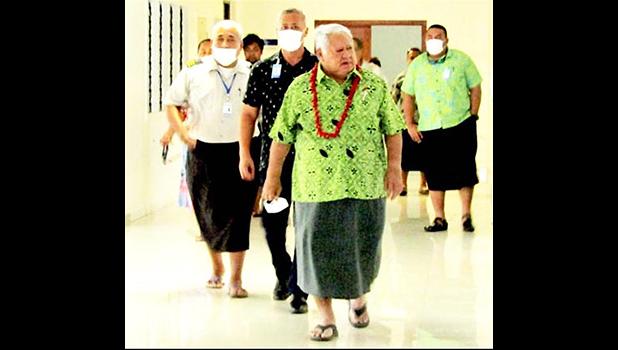 Apia, SAMOA — Samoa's measles epidemic has claimed the lives of 32 people, a sharp increase on a day ago.

All but four of the deaths are children under the age of four.

Since Monday, 243 cases of the disease have been recorded, with 176 people currently in hospital.

Meanwhile, the government said 24,000 people had so far been immunized in a compulsory mass vaccination campaign launched under a state of emergency.

Also on Monday, an investigation was launched after 60 doses had to be destroyed because they were incorrectly stored at an unauthorized private clinic.

Dozens of measles vaccines have been destroyed in Samoa for "safety reasons", the country's top health official says. Leausa Dr Take Naseri initially said 6000 vaccine doses but the ministry yesterday released a statement attributing that to a "slip of [the] tongue".

Earlier, Leausa said an investigation had been launched.

"We have to stop it for safety reasons ...because they were not stored in that specialized fridge where it has to maintain the temperature. So we have to maintain that standard."

Nurses who administered the vaccines were not registered to do so, Leausa said.

Vaccines from official sources in Samoa are available free of charge.

Also, a ban on under-19s traveling between the islands of Upolu and Savai'i has been lifted.

The scale and complexity of the current measles outbreak in Samoa is quite unprecedented and the impact across the whole entire (health) system would be a challenge to any health system in the world.

This is according to the Australian Mission Assistance Team (AUSMAT) Leader, Bronte Martin – the Director of Nursing at the National Critical Care Trauma Response Centre at the Royal Darwin Hospital in Australia.

AUSTMAT is one of the first international medical teams to arrive after the declaration of the measles epidemic and set up the makeshift Isolation Ward for critically ill children and is providing an Aid-bed Care Facility for the most vulnerable patients before they are transferred to the Intensive Care Units.

With the rapid increase in the number of measles cases recorded, the trend with which the virus is spreading does not seem like the tide will turn soon.

Bronte Martin said the difficult part now is predicting how long this epidemic will last for as there is still a large number of the most vulnerable population that are still highly exposed to the measles outbreak,.

“So the predictability of how that rolls into the system is difficult to anticipate,” she said.

Martin’s team is working alongside World Health Organization (WHO), United Nations (UNICEF), New Zealand and Samoa to find ways to better predict the system and cycle the epidemic is going about.

“We are working together to lend medical assistance to try and better predict the system impact and manage the outcome, and as the result of that we know that the cases we are seeing are very critical and have very complex case management profiles and that means they are going to be in the system for a number of weeks,” said Martin.

Medical doctors in private practice are being called in to help with the heavy workload shouldered by their colleagues in the public service from the measles epidemic.

The Prime Minister Tuilaepa Sailele Malielegaoi made the call when Cabinet met with frontline workers on Friday at the Ministry of Health conference room.

“You know already the state we are in without me having to tell you, come and work together with the doctors we have in the public service.”

The Prime Minister tried to fire up the private practitioners by working on their moral sense of duty.

He went as far as to remind them of their God given skills and how they must take responsibility with the blessings they have, to help the people who are in need.

The doctors were also made to remember that many of them were able to study medicine under Government scholarships support.

Tuilaepa and members of his Cabinet met with the frontline health workers to offer them encouragement and support for the hard work they are putting into the fight to control the measles epidemic.