Samoa 7s manager resigns — 3rd one in less than a year 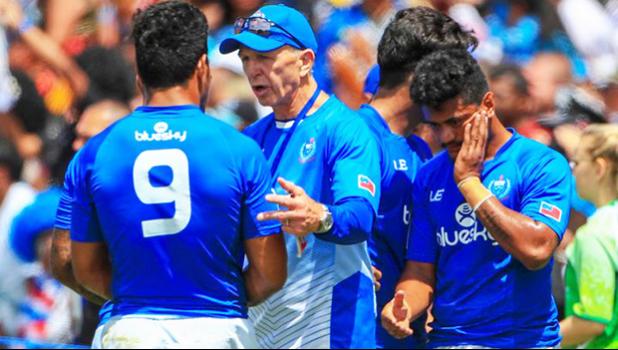 Apia, SAMOA — The Manu Samoa sevens team is searching for a third manager in little over eight months.

Shalom Senara has resigned from the role due to family reasons.

He took up the position in October, having spent the previous two years as the Samoa Rugby Union's Development Manager.

"Shalom has informed SRU that whilst he understood and enjoyed the role and worked well with the management team, ultimately the time away from his young family swayed his decision to step down," said Chief Executive Officer Faleomavaega Vincent Fepuleai.

"Shalom's resignation is very unfortunate, especially as we are preparing for the upcoming Hong Kong Sevens and the remaining legs of the (World Series) circuit as well as the Commonwealth Games, but we respect his decision and we wish him well for his future endeavours."

The first female appointed to the role in July, Passi was replaced by Senara three months later before being involved with the team at any World Series tournaments.

No reason was given at the time for Passi's departure.

The SRU has appointed Peter Poulos as interim manager for next month's Hong Kong Sevens and the Commonwealth Games on the Gold Coast, and will advertise for a permanent replacement at the end of the current World Series.