Would you support the Fono revisiting American Samoa drug laws in relation to marijuana (THC) and CBD?
Yes to both marijuana and CBD
69%
No to both
15%
Yes to marijuana, No to CBD
7%
Yes to CBD, No to marijuana
8%
Total votes: 535
Home 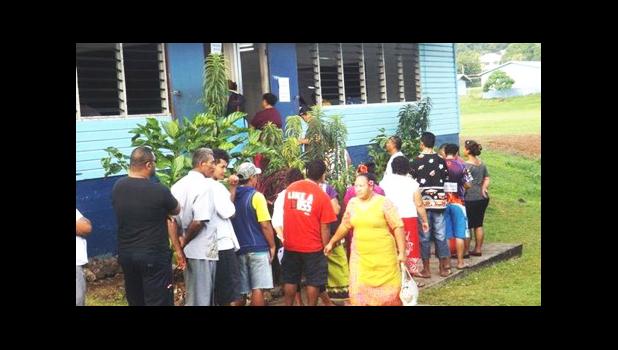 But while electronic changes looms, some things will remain the same when Samoa return to the polls in 2021.

For instance, the new electronic system will not replace the traditional voting practice mandating voters to turn up in person and cast their ballots.

“Electronic voting, (E-Voting) is not part of the project because voters will still be required to turn up in person at the voting booths to cast their ballots,” reiterated Electoral Commissioner, Faimalōmatumua Mathew Lemisio.

Simply put, the electronic system overhaul in the pipeline is designed for a more effective system for voters to vote and for counting of voters electronically.

However the Electoral Commissioner said that one of the components in the new electronic system would alleviate the long voters’ queue to cast their ballots as witnessed in past elections.

This will be made possible with an electronic fingerprint system that will immediately verify and confirm the voter to cast his or her ballot replacing the timely manual system, which will ultimately eliminate the long line of voters.

How it works according to the Commissioner, is that a voter’s fingerprint is scanned and registered digitally and that information will accompany the voter’s choice of candidate on polling day.

Electronic ballot boxes are another component of the project.

“The electronic ballot boxes will eliminate the manual counting of votes when the poll closes. Everything will be automated with votes tallied automatically as soon as it’s cast throughout Election Day. And when polling officially closes, the provisional or preliminary results should to be available almost immediately,” the Electoral Commissioner explained.

Faimalōmatumua says that the new system will also tackle double voting with the electronic fingerprint able to detect on the spot attempts by voters to vote more than once.

And he has also reassured the voter’s details, and how he or she voted will be fully protected because the new electronic system provides security and confidentially.

The new system is funded by a grant from the World Electoral Association in South Korea and costs $5.8 million talā in total.

A team from Korea will arrive this month (March) to begin the first phase, which is to convert the electoral roll database to the electronic system.

The project is for three years with local staff to undergo capacity building training in Korea between now and the 2021 General Elections.