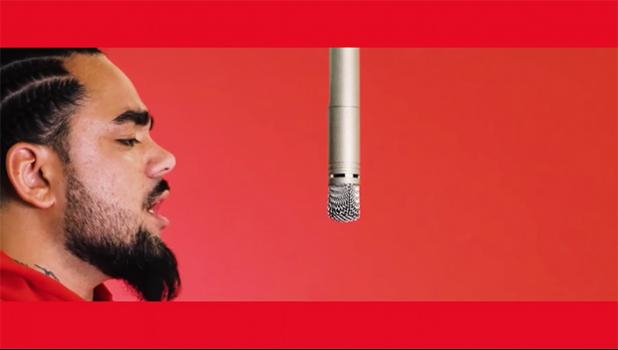 Auckland, NEW ZEALAND — Poetik is a fresh talent in the Auckland hip hop scene, but he takes a very retro approach to his music, creating G-funk bangers and selling CDs direct to fans as if the internet hadn’t been invented. Gareth Shute caught up with him to talk about his old-is-new approach and why it’s all part of his desire to represent Samoa to the fullest.

The importance of Samoa to local hip hop is hard to understate. There’s even a theory that the first element of the culture to arrive here – breakdance – came first via American Samoa and that it took the name “bopping” only within this country because this was how Samoans pronounced the word “popping.” No surprise then that the lineage of NZ Samoan rappers within local hip hop makes for an impressive list: Dei Hamo, Ermehn, Brother D (Lost Tribe and founder of Dawn Raid), King Kapisi, Mareko, Savage, Feelstyle, Tha Movement, and Scribe.

Poetik (real name Ventry Parker) is proud to place himself in this history. He was born in Henderson but first got into hip hop while living back in Apia as a young teen. His recent Hamofied EP shows his particular interest in West Coast rap and G-Funk, which he sees a natural flow-on from this historical Samoan connection

“Most Samoans abroad live in California and Utah, where everything is just West Coast style. So those were the tapes and CDs that they brought back home. Aside from Biggie Smalls, there wasn’t much New York rap being played in Samoa when I was young. Samoa is still way behind – even when the internet and Youtube came out, we were still on tapes, records, and CDs over there. Plus the lifestyle in LA and Long Beach is all about coasting – that vibe where its sunny all year round and you have the cars and the girls out. That’s like the island life too.”

New Zealand’s connection with West Coast rap was further solidified in the 90s with the cult success of US-Samoan group Boo-Yaa Tribe. They came out of the neighbourhood of Carson, California which continues to be home for many Samoan immigrants. Poetik made his own connection with that scene by going there to shoot his video for G-funk inspired track ‘Life is a Hustle’ (featuring US-Samoan rapper, ZeekUC, who turned out to be one of his distant cousins).

Throughout Poetik’s raps he is constantly shouting out “685” (the country code used for phone calls to Samoa), spelling out the name of his home city, repping Vailima beers, or referring to friends as “Uso” or “Uce” (which means “brother/sister” if you’re talking to another person of the same gender).

The EP is also interrupted on a couple of occasions by a voice with an exaggerated Samoan accent, which comments humorously on how the EP is going (“wow, what a stink album, aye?”). These short skits were performed by Fresh TV comedian (and director) Darryl Laumua, who happens to have been a member of Poetik’s very first hip hop group back in Samoa, Vital Status.

Poetik’s desire to represent for his heritage is evident from the opening bars of his EP, which are actually a sample of his dad singing with his band in Samoan. In order to connect further with his ancestry, Poetik recently returned to Samoa to be tattooed in the traditional tatau style.

See You Tube videos at end of this page.

Read more at The Spinoff