Would you support the Fono revisiting American Samoa drug laws in relation to marijuana (THC) and CBD?
Yes to both marijuana and CBD
70%
No to both
16%
Yes to marijuana, No to CBD
7%
Yes to CBD, No to marijuana
7%
Total votes: 631
Home 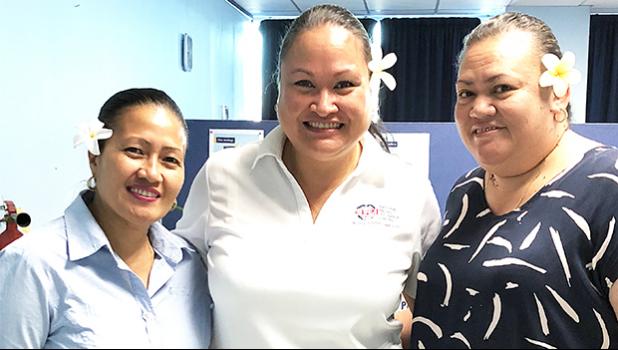 There is no immediate intention by Samoa government to increase the pensions for senior citizens and retirees administered by the Senior Citizens Benefit Fund, (SCBF) under the umbrella of the Samoa National Provident Fund, (SNPF).

What is the connection between the SNPF Pension Program and the Prime Minister’s alleged Facebook page?

The page has since been removed but not without denting the Prime Minister’s image and his administration’s reputation.

The ghost creator cunningly used the bogus page to post reforms and developments designed by government to benefit the country.

One such posting includes a promise to increase the SNPF senior pension’s benefit to $200 tala from $135 a month.

But when asked to confirm if he has created a Facebook page and also the many reforms posted, the Prime Minister was in shock.

“No, I don’t have a Facebook page and I have no intention of creating one.

“I will not waste my time with such silly things,” continued the Prime Minister.

“It’s not the first time that people have asked me to join Facebook and I have always maintained my resolve to dedicate my time to more pressing issues that benefit the country.

“I was made aware of the page during the holidays and it has since been shut down while officials are tracing it origins to identify who is behind this deceiving hoax.”

Regulated by a law, the first pensions of $50 tala a month per pensioner was paid out in 1990 and has since increased slowly and surely to $135 tala a month today.

That number has since soared to over 8,000 senior citizens receiving the cash payout which has also skyrocketed the total payout to over $15 million tala a year.

The senior citizen benefit is reviewed periodically by the government and it also fully funded by government.

Sutherland said he is pleased to see a local Samoan being appointed to this senior Pacific leadership role within the NPI and Tower Group.

Rasmussen replaces Dennis Wellborn who has retired following a 7-year term with NPI, holding the post of Country Manager for American Samoa and later as the General Manager NPI Samoa.

“We are excited to have Joanne on board as she brings with her strong management and leadership experience and customer focus, having worked in a number of senior leadership roles in banking for the past 13 years.”

Rasmussen returned home to Samoa in November following a successful assignment as Country Manager for ANZ in American Samoa.

“NPI and Tower are focused on developing and promoting local Pacific talent and we now have a number of Pacific Nationals working in senior leadership roles across the Pacific, including Samoan National, Ms. Agnes Polu who heads the American Samoa business and recently appointed PNG National, Ms. Diana Tasion, as Country Manager Tonga”

Joanne is the daughter of Lealofi Leung Wai-Rasmussen and the late Max Rasmussen. She is married to Darren McNeely and they have three daughters; Luafalealii, Sinalei and Leehana.

She is from the villages of Sa’asa’ai, Gataivai Palauli, Malie and Faleata and completed all her primary and secondary education at St. Mary’s School Savalalo and Vaimoso. She went on to complete her undergrad and postgrad qualifications in New Zealand and Australia.