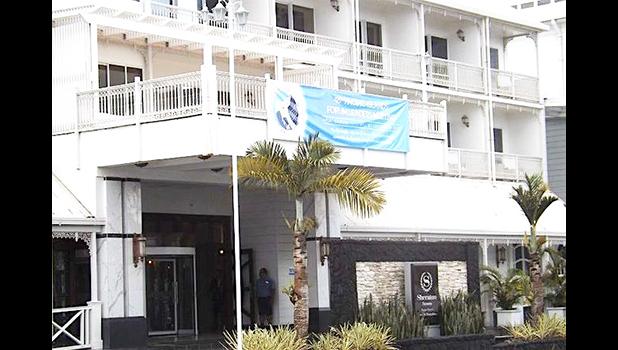 As required under the Passport Act and the Public Service Act, the Immigration division of the Ministry of the Prime Minister and Cabinet has begun an investigation in to allegations of a potential breach of the Passport Act.

This is in relation to reports received by the Ministry last week that passports have been illegally procured.

The Samoa Observer reported that the Samoa government through the Immigration Office has launched an investigation into allegations that someone is “selling Samoan passports” online.

The Ministry in a press release said, “it takes any allegation seriously and wishes to assure the public that security of our passports remains intact.”

Relevant action in accordance with the law will be taken upon completion of the investigation. The Immigration Office will continue to monitor, review and improve processes to ensure the safety and security of Samoa.

The Samoa newspaper reported that it “understands that the allegation was made in an email from one ‘Joanna Slewion,’ which the Samoa Observer had referred to the Ministry of the Prime Minister and Cabinet as the Ministry responsible for Immigration.”

The largest Call Center operator in the Philippines is heading to Samoa.

Based in Manila, ADEC Innovations is committed to set up a Call Center in Samoa once the Tui Samoa Cable is operational at the end of the year.

He has reassured government that he will return in November to continue negotiations with the relevant government officials.

“He’s committed to start a call center with 50 to 100 seats in the initial stages,” says ICT Minister Afamasaga Rico Tupai.

“As stated by the Prime Minister, government’s multi-million tala ICT investment represents more than just improved and affordable internet connectivity; it covers a range of sectors with employment creation as a key component.

“ICT is not just about the technologies themselves; it’s about the impact they are having on our communities and economies, enabling us to leapfrog over more traditional, out dated and expensive systems of the past, and transform our lives.”

ADEC is one of the spin-offs from the marketing strategy spearheaded by the government to promote its ICT drive utilizing the Tui-Samoa Cable and its new partnerships with international stakeholders, says Afamasaga.

Government target is to realize government’s vision for Samoa to become the Pacific ICT Hub by 2020.

ABOUT ADEC: ADEC Innovations is an impact investing company that designs, develops and delivers a diverse data management and technology portfolio of Environmental, Social and Governance (ESG) Solutions.

$80,000 funded under the Guangdong Huizhou Friendship Scholarship Program for funding scholarships were distributed to principals of 20 Primary and 10 Secondary Government Schools at the MESC Fale Samoa on Wednesday, 27 September 2017.

This is the second year of the program and it will benefit 550 students from financially challenged families attending the above schools.

The Guangdong Huizhou Friendship Scholarship Program is funded by Huizhou, Guangdong, The People’s Republic of China in honor of the MOU between Samoa and China signed in 2015.

His Excellency, Ambassador Wang Xuefeng expressed the commitment of the Peoples’ Republic of China to support students’ access to quality education in Samoa.

Tauti Faamatali’i Jenny Lauano, Acting CEO of the Ministry of Education, Sports & Culture, expressed the great appreciation of the Ministry and the people of Samoa for this generous initiative and assistance.

The Chinese Ambassador will also be awarding 20 additional tertiary scholarships to in-service teachers who have achieved outstanding results in the teacher upgrade programs.

These scholarships will be awarded during the World Teachers’ Day Celebration on the Oct. 5th in front of the government building.