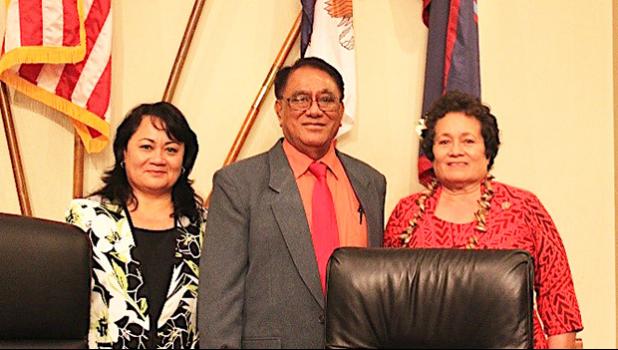 Washington, D.C. — Tuesday, July 25, 2017 — Congresswoman Aumua Amata is pleased to announce that the Center for Medicare and Medicaid Services (CMS) has changed the eligibility levels of Medicaid qualification in American Samoa from 200% of Federal Poverty Level (FPL) to 400% FPL. The change will be effective on October 1, 2017.

“This is a vital step in ensuring healthcare for all American Samoans. This will allow more people to qualify for Medicaid in American Samoa. After today’s hearing on LBJ we stand committed to improving the healthcare in the Territory, and I will continue to work with my colleagues in Congress on this issue,” stated Amata.

“I would like to thank the Governor for his work with CMS to get this change made. I would also like to thank the Department of Health and Human Services Secretary Tom Price, and CMS Administrator Seema Verma, and her staff for working with American Samoa and making this change,” concluded Amata.

The purpose of the hearing was to examine possible avenues of improvement for both the hospital and the people of American Samoa’s access to quality healthcare.

“Today’s hearing is the result of nearly two years effort which culminated in the CODEL to the Territory this past February,” stated Amata. “I have never been more encouraged about the possible opportunities before us to improve the lives of the people of American Samoa. This hearing is just the first step in what I hope will result in substantial improvements to healthcare access on the islands, “continued the Congresswoman.

To facilitate any new hospital, renovation, or construction, the Congresswoman has introduced legislation that partners GAO with DOI, VA, and CMS to perform a feasibility study on the proposal.

Also in attendance was full committee Chairman Rob Bishop of Utah who stated, “Rep. Radewagen has been a continuous advocate for healthcare access and improving care conditions for the people of American Samoa. This important oversight hearing will help the Committee build a record for reform going forward.”

“I want to thank Chairman Rob Bishop for his leadership and the members of this subcommittee for their participation in this hearing,” said Amata. “I would like to especially thank Rep. Bruce Westerman who does not sit in this subcommittee but took his own time to visit the territory and participate here today. Finally, I would like to thank Faumuina Taufete’e John Faumuina, CEO of LBJ and Tofoitaufa Sandra King Young, American Samoa Medicaid Director for making the trip to Washington to testify before the subcommittee,” concluded Amata.

According to Polynesian Airlines’ Chief Executive Officer, Seiuli Tupuivao Alvin Tuala, “The whole purpose of this exercise is to gauge the readiness and preparedness of our own staff and those working at Fagalii Airport and key government agencies to respond to an emergency incident that places the lives of people at risk at Fagalii Airport.

“The drill allows us as an Airport Operator to continuously review and improve on our existing procedures and processes to ensure the respondents and support services are properly coordinated to minimize any potential loss of lives or damage to properties when an emergency incident happens inside our airport premises,” he added.

The emergency response drill involved the simulation of an aircraft coming in to land at Fagalii Airport’s Runway 10 at 9.45am and burst one of its tires on landing resulting in the aircraft veering off the runway and hitting a perimeter fence causing one of the engines to catch fire on impact.

The lead assessor for the Emergency Response Drill was Nanai Junior Saaga, Assistant CEO for the Ministry of Works, Transport and Infrastructure.

“My role is to assess the overall execution of Polynesian Airlines’ Airport Emergency Plan as documented in their Manual, Part 139 as they are the operator of Fagalii Airport,” Nanai explained.

Other assessors included the Police Commissioner, Su’a Fuiavailili Egon Keil, CEO for Red Cross, Namulauulu Tautala Mauala and Assistant CEO for FESA, Tanuvasa Petone Mauga, who all assisted in assessing the coordination of the responses from the Fire and Emergency Services, National Health Services, Police and Red Cross.

“We are extremely grateful to all the government agencies from the Police Officers, FESA Officers, Medical Doctors and Nurses from the National Health Services and Ministry of Health, staff from MWTI and Red Cross who participated in the exercise and for making themselves available from their busy schedules to assess and share their expertise and knowledge on how we can improve our procedures and processes in order to respond effectively to emergency incidents.

“We are also grateful for the assistance and support provided by the Village of Fagalii, especially their Mayor, Samau Lokeni Ieru, the untitled men of Fagalii and the taxi drivers from Fagalii Airport Taxi Stand, employees of government agencies and other businesses working at Fagalii Airport and most importantly to our valued customers for their understanding and patience with the slight delays to their flights while Fagalii Airport was closed for aircraft operations during the exercise,” Seiuli stated.