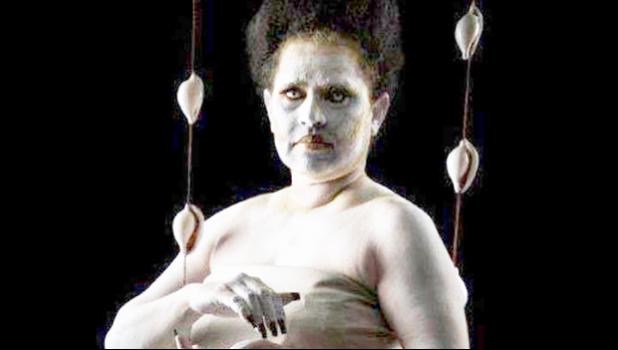 That was the response from the Minister of Revenue, Tialavea Tionisio Hunt to claims by Member of Parliament, Olo Fiti Vaai, made in Parliament last week.

According to Olo, the government is financially desperate which is why they have moved to tax the Head of State and the church ministers.

Olo questioned the factuality of figures provided by the Ministry of Finance, on the budget for 2017/2018 where the surplus is in millions, yet the government intends to tax the Church Ministers.

“That is how desperate they are, but I didn’t know it was this bad,” said Olo.

“That is wrong,” he responded.

“If the Ministry of Revenue did not reach our annual goals in terms of revenue collections, the government would be desperate for money.  But that is not the case.”

He pointed to Members of Parliament who relayed the needs and wants of their respective districts. This is why the government needs taxes.

“Twenty-eight MP’s addressed Parliament about the needs and wants of their Districts.

“Twenty of them asked for financial assistance for the projects in their districts.

“If these lawmakers do not ask the government for money to fund their projects, why would the government propose for these additional revenue measures?

“Every living person has needs and wants. This is the one thing in life that does not reduce, rather it increases.”

Tialavea said that some of the lawmakers already have access to roads  yet they still request for more of the same projects.

He also made it clear the move to tax the Church Ministers was his decision.

NEGOTIATIONS CONTINUE WITH SALE OF BLUESKY TO ATH

Confirmed by the Chief Executive Officer of Amalgamated Telecom Holdings, Ivan Fong, who was in Apia last week, “The transaction where we’ve signed to have interest in buying Bluesky is on foot.”

“At this stage what we’ve done is applied for the regulatory consent for the transfer of licenses in American Samoa, Samoa and Cook Islands.

“That process is on the way right now and we’ve had discussions with the Office of the Regulator and what we know is our application seemed to be all in order.”

Mr. Fong said it shouldn’t be too long before the final details are confirmed.

“At this point in time, because each country has their own rules and regulations to go through about the application, and to determine whether or not they will issue the consent. So at this stage in the entire jurisdiction that’s where we are at.”

The Chief Executive said they have been in regular contact with the Office of the Regulator about the proposed transaction.

“Specifically for Samoa we’ve had some discussions with the Regulator.

“They have sought for some clarification but we understand the information required seems to be all in place and I think they are confident.

“They can now go through and start the process to assess ATH’s application so once they let us know where it is, I think everyone will know too.”

Mr. Fong went on to say that all they can do now is to wait and see what the Office of the Regulator comes up with.

“At the moment we cannot speak for the Regulator for sure because that is their prerogative,” he said.

“All we know is that we’ve done all that they’ve required of us and if anything else we are happy of course to discuss with them.”

Last week, the Unit Trust of Samoa (U.T.O.S) inked a Memorandum of Understanding with ATH.

The Fiji-owned company is also in the motion of buying BlueSky American Samoa, which is 100%, owned by Spanish communications company Amper. The purchase gives ATH the majority shareholding in the Bluesky Group.

An emerging Samoan photographer who has explored gender identity and mythical story-telling hopes his work will go international.

Mr Tyrell says "fagogo" is named after a film he made earlier for a tertiary assignment that captured people's attention.

He says the work also explores stories with a spiritual nature as well as his sexuality.

"It also includes my family in the stories and me being queer and how I am with my relationships with my parents and the men in my family and my culture."

Auckland Festival of Photography director Julia Durkin describes his exhibition as out of this world.

"We have always been encouraging of the margins of society, particularly kind of from different communities, specifically around Chinese community, Maori communities, Pacific and from LGBT communities as well and it has been very important for us as a festival to work with artists who are creating ground-breaking cutting edge work which is how I would describe Pati's new show. 27"

"Pati's work is, we believe, really very important and already he has shown to be quite prolific because he has produced an enormous body of work whilst at art school and outside and especially as a principle photographer for FAFSWAG Pacific Arts Collective, he has strengthened that collective through his photography."

Mr. Tyrell says FAFSWAG is an arts collective he specifically helped set up to further his community's endeavors.

He says he has high hopes for it to be exhibited to more audiences overseas.

Ms Durkin says they've been aware of Mr Tyrell's potential and are keen to help.

"The show that I have seen is such good quality that we'd be really keen to help it get overseas as it just has that international appeal. So we have an international festival network with Asia Pacific Forum and we work with festivals in Columbia, Guatemala, China, Japan."

She says she's known about Mr Tyrell's work for some time now, and describes him as an artist whose work is starting to take off.