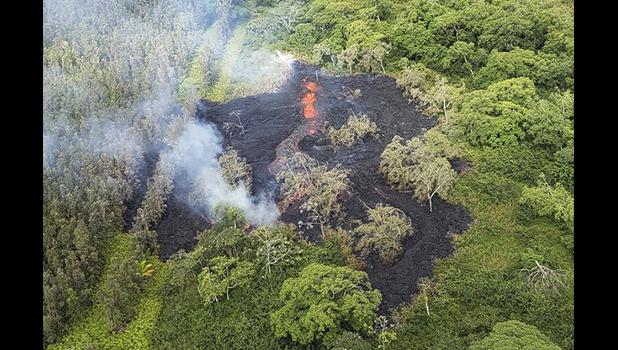 PAHOA, Hawaii (AP) — The Latest on the eruption of Kilauea volcano in Hawaii (all times local):

Officials say a new lava fissure has been reported and are ordering more evacuations on Hawaii’s Big Island.

The Hawaii County Civil Defense issued an alert Sunday morning that steam and lava spatter are coming from an 18th fissure caused by the Kilauea volcano.

The agency says the fissure is to the west of Highway 132 along Hale Kamahina Loop Road.

They are ordering residents on that road to evacuate. Two community centers are open to shelter people and pets.

This latest opening comes the morning after two other fissures opened.

Two new fissures opened on Saturday, bringing the total number of lava outbreaks in and around Leilani Estates to 17.

The U.S. Geological Survey reports that the latest fissure, which opened Saturday night, was spattering but no flow had yet formed. Fissure No. 16 opened and spilled lava into an open field earlier in the day.