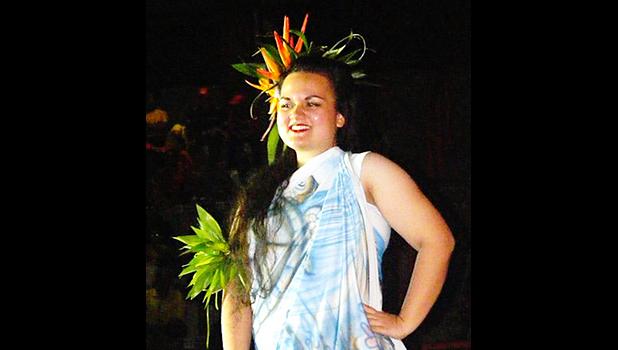 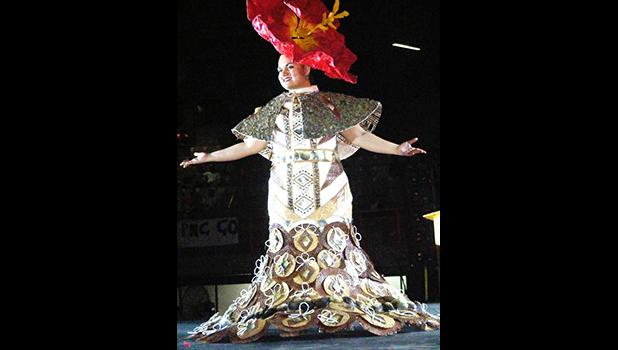 This year's pageant is being hosted at the Atele Indoor Stadium in the Kingdom of Tonga.

Samoa News was able to view the excitement online, through live streaming.

The day started off with the six contestants fielding questions from a panel of judges. This portion of the program was held at the National Reserve Bank of Tonga conference room.

For the pre-pageant interviews, the public and the media were granted access. This is a first, as in past years, this event was usually closed off.

Later that night, the six beauties took the stage for the first time to showcase their talent, sarong, and traditionally inspired wear.

From what Samoa News witnessed, the venue was full to maximum capacity and the entertainment was lively.

There were a lot of colorful costumes, beautiful dancing and singing performances, including a couple of numbers featuring Miss Pacific Islands 2017-2018 Matau'aina Gwendolyn Toomalatai.

Executive Director of the American Samoa Visitors Bureau (ASVB), David Vaeafe, who is also a board member of the pageant, kicked off the first night of competition with a prayer.

The territory is being represented by 2018-2019 Miss American Samoa Magalita Philomena Johnson whose sarong was a representation of the legend of the Turtle and Shark in Vaitogi, where she is from.

For the talent portion, Magalita spoke about recent disasters and how "we are always lifted back up again by our great God." She belted out the popular church hymn, "How Great Thou Art".

Before she could get halfway through her song, a malfunction with the background music occurred and she was allowed to start over.

Magalita's performance — which was accompanied by a slideshow featuring clips from recent natural disasters including the 2009 earthquake/tsunami that claimed several lives in the two Samoas — drew a positive reaction from the crowd.

Her traditionally inspired wear, was a combination of layers that featured lots of shells and sennit, topped off with a large red hibiscus as a headpiece.

The interview and the crowning of the new Miss Pacific Islands 2018-2019 was last night. As of press time, the pageant was still ongoing.

(Samoa News will publish the official results in the next edition).

The six contestants — in order of appearance - are as follows: