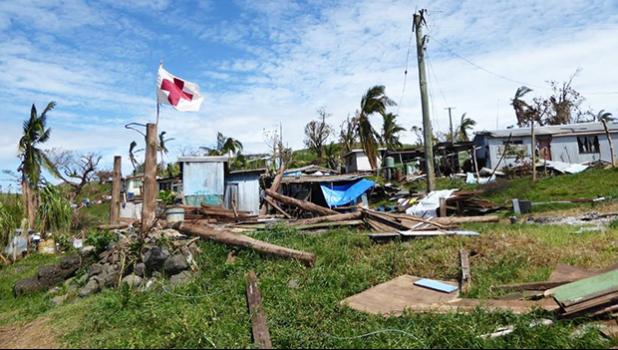 Sydney, AUSTRALIA — While the rest of the world wakes up to the climate emergency, people in Oceania have been living it  "for decades", a new report says.

In low-lying nations such as Tonga, Samoa, Papua New Guinea and Fiji, many have already died from climate-related extremes.

"Unless urgent action is taken now, at all levels of society and government, in a decade we are more likely to see increased levels of malnutrition, climate migration and injury and death from extreme weather events."

"So many international reports lump Asia-Pacific together. Of course, we hope for more - the implications of climate change are huge," she said.

"Climate finance is not reaching those who need it most, either to mitigate or adapt."

Many states in Oceania were low-lying, without large protective infrastructure, and Hickey said it placed them "on the front lines" when disaster struck.

"Many people have died and many suffer because the rich and powerful have not heard and responded quickly enough to the cry of the earth and the poor, nor heeded the warnings of scientists," the Caritas report says.

"Now that more of the global community are waking up to reality, we risk prioritising infrastructure over people, and adaptation for the rich rather than the poor."