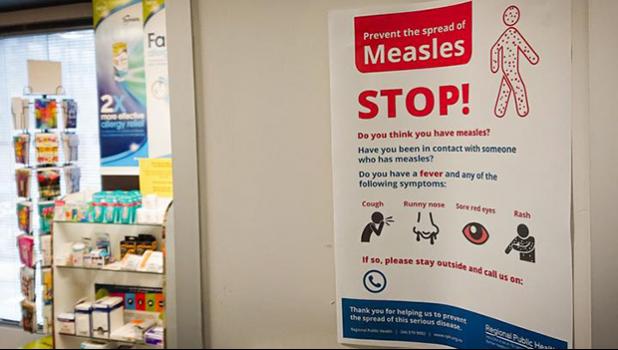 Apia, SAMOA — The mother of a one-year-old has told media in Samoa that her son who was highly suspected of having measles has died.

The boy had been confined for a week at the Tupua Tamasese Meaole Hospital at Motootua isolation unit for patients suspected of having measles.

He died on White Sunday.

The mother told the Samoa Observer that her son was first admitted last Monday.

The Ministry of Health Assistant Chief Executive Officer, Tagaloa Robert Thomsen, said the Ministry could not confirm the cause of the child's death, or even if the child was infected with measles until conclusive testing had been completed.

Dr Helen Aspasia Petousis-Harris, a vaccinologist and senior lecturer at the University of Auckland, said there were too many variables and possible coincidental conditions to draw conclusions about the boy's cause of death until further testing.

But Samoan authorities have been fearing the possible arrival of the disease - often described as the most contagious of any virus - from New Zealand, which has recently been struck by a record outbreak of more than 1,800 cases, mostly in Auckland.

Last week, the ministry's director-general Leauasa Dr. Take Naseri told media that 38 samples of suspected measles have been dispatched to Melbourne for testing.