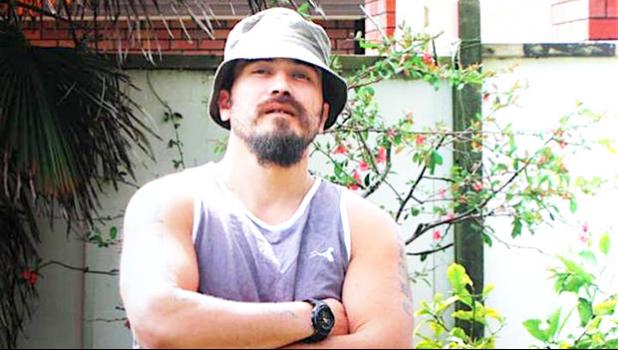 Auckland, NEW ZEALAND — The mother of a psychiatric patient who died in a Samoa prison is turning to the government for help one last time. It's been almost seven years since Hans Dalton's body was found half-submerged in a water drum in a Tafa'igata prison cell.

The 38-year-old was holidaying with family when Cyclone Evan struck and he missed a dose of his medication. His family took him to the hospital in Apia but his mental health continued to deteriorate and he was eventually put in a prison cell.

Efforts to find out how he died through a coronial inquest held last year were severely hampered by Samoa authorities, who refused to cooperate. It's meant Mr Dalton's whānau are no closer to finding out how he died but his mother Christine Wilson is far from giving up on answers.

"Samoa is a part of our family, we have the Samoan bloodline in our family, but there has to be fairness. At the moment it's a very, very unfair system where families are left to struggle and do all this own their own. It's just too big."

Mr Dalton's death came under the New Zealand coronial jurisdiction after his body was repatriated to Auckland.

Coroner Peter Ryan said deaths in New Zealand normally came with a wealth of reports and witnesses but this case was unique. "Despite a considerable number of requests to Samoan authorities since 2014 up until late 2018, I have not received any official information relating to Mr Dalton's death from the authorities in Samoa," the coronial findings read.

"The singular exception to this is that my request to the Samoa Ombudsman for information produced a copy of a report titled Commission of Inquiry into Tagaigata Prison and Other Issues.” Samoa authorities' refusal to hand over official information meant Coroner Ryan was forced to rely on this report to reach his findings.

The inquest into Mr Dalton's death heard from New Zealand forensic pathologist Dr Kate White, who conducted a post-mortem examination in Samoa. She concluded Mr Dalton's official cause of death was drowning and that of suicide, accident and homicide, it was more likely Mr Dalton had been forcibly put in the drum.

Coroner Ryan considered the possibility two inmates or three duty police officers killed him but concluded neither group could have physically restrained the man. "Those officers would not likely have been physically capable of overpowering Mr Dalton and lowering him into the drum of water.

"When Mr Dalton was being administered an injection during his transport to the prison, it required between five and seven police officers to hold him down." The coroner said the Ombudsman report was silent on any suggestion of disturbance in the prison that night but ultimately couldn't rule homicide out.

Ms Wilson, who is currently suing the Samoa government over her son's death, is adamant foul play was involved. "We just want truth, justice and accountability. I'm not a punitive person, I'm a person that seeks healing, but Hans was killed at the hands of other people and they can't be resting easy either."

She said while she appreciated the effort the coroner went to over six and a half years to reach his findings, it was disappointing he couldn't do more. "It was very frustrating because I thought the coroner would be able to exercise a lot more power; particularly because we have a treaty of friendship, which I understand is quite unique with Samoa."

Coroner Ryan didn't shy away from the difficulties his inquiry faced in his findings but said the Coroner's Court had no jurisdiction in Samoa and no power to force authorities to cooperate. "There has been a lack of information from Samoan authorities, which has severely hampered my inquiry. Considerable effort has been made over these intervening years to obtain the necessary information, but to no avail.

"Not only have my own requests for information been ignored, but the intervention by the Ministry of Foreign Affairs and Trade have also been unsuccessful to date." Foreign Affairs Minister Winson Peters met with Mr Dalton's whānau in September 2018, where Ms Wilson said she agreed to set her civil proceedings aside for the time being.

Ms Wilson said she was told Mr Peters' office would communicate with Samoa but there hasn't been any progress and she hasn't heard from them since. "I expect that of a government of a New Zealand citizen who is overseas. I think it goes without saying and it's even heightened with the treaty of friendship and all the resources that are poured into Samoa."

RNZ requested an interview with Mr Peters but his office said they had received official advice and as a result he would not be giving an interview. Hans Dalton's whānau celebrated his 45th birthday without him last month; they are still waiting and hoping for answers.