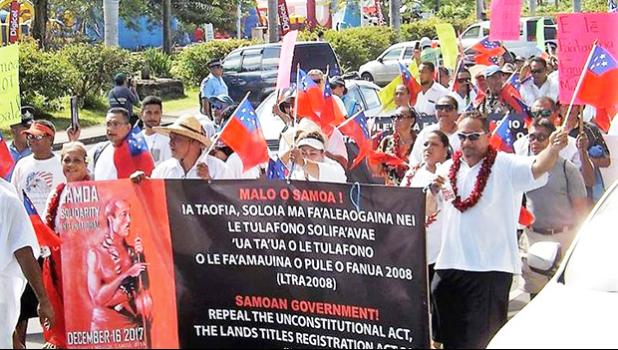 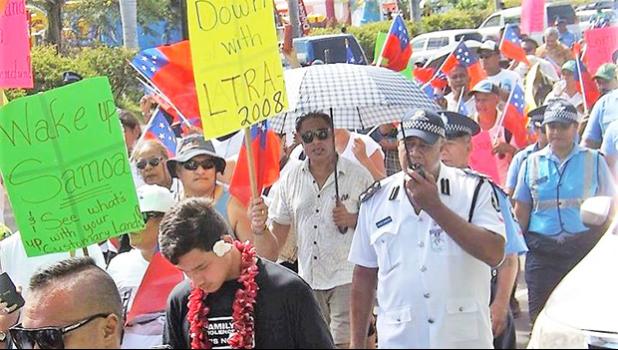 They were marching against the Registration of Land and Titles Act of 2008, which requires the registration of public land, freehold land, and customary leases and licences.

A paramount chief, lawyer, and former opposition politician, Leota Su'atele Manusegi, who was at the protest, says the law opens land for sale and exploitation.

"I want to give it to our own people, not to foreigners who will be here picking up land so they can build their business here and then go home to their own country leaving us stranded."

Leota says the protest leaders plan to present a petition to parliament calling for the law's repeal.