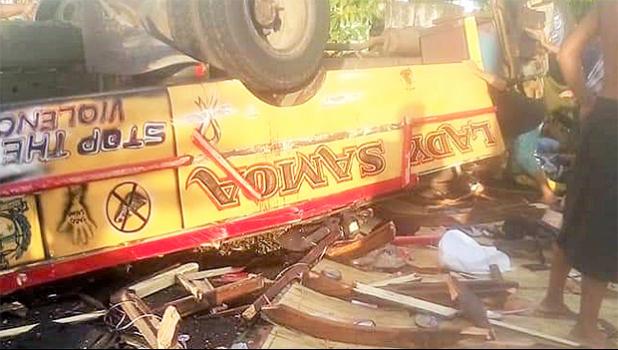 Apia, SAMOA — At least 40 students at a Samoa college were injured when a bus they were travelling on rolled at Auala village while allegedly trying to overtake a car on the road.

According to Newsline Samoa, the bus was travelling east from the villages of Falelima, Tufutafoe and Neiafu to take students to the Itu Asau College on Monday.

The bus crashed just one village shy of the school grounds at Asau.

The injured were reportedly transported to the Sataua District Hospital.

Unconfirmed reports said the bus driver was seriously injured, but there were no fatalities.