“To Walk Under Palm Trees” 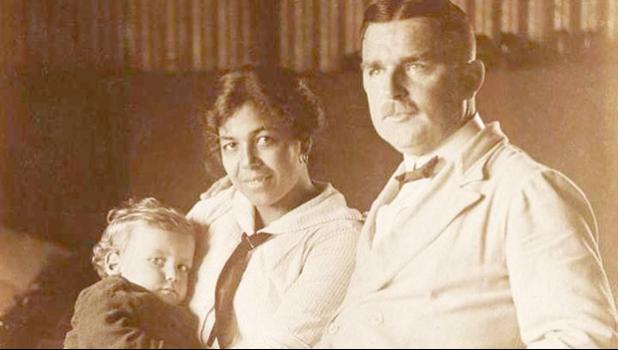 Max Bartel and his Samoan wife Christine ‘Tine’ Kruse and their baby son, Gunther, is one of the photos found in a new book containing photos dating back to when many Germans lived in Samoa, recently released in Apia.

Called 'To Walk Under Palm Trees', the book contains rare photos, many sourced from family collections.

"One of the primary motivations is to get these photos that are historically significant out of purely private collections and into the digital archives of the Museum of Samoa," said Brunt.

"We don't want these albums when people no longer have a use for them or when they are passed on, to end up in rubbish skips out on the street, outside their homes."

Brunt said a lot of work had gone in to curate the final photo selection, as there were so many great photos.

"It became clear that there were some magnificent collections that had never been seen before that were historically important, and I was able to, over time, over several years, to scan lots of albums with the kind agreement of the owners, " he said.

Brunt said he is still on the look out for more photos, as work is already underway on a second book.

"I'm looking for photos with great human interest, with exceptional quality or that have historical significance. We won't turn down any collection with photography that has not been seen before," he said.

Brunt said the Samoa Historical and Cultural Trust paid for an initial print run of 1000 copies.

The book is also available online.