Op-Ed: Serving the military — my privilege, my right 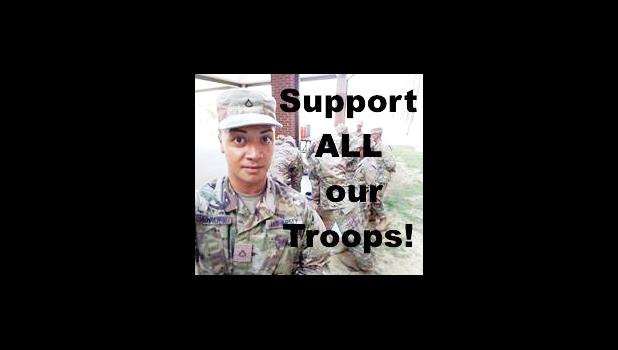 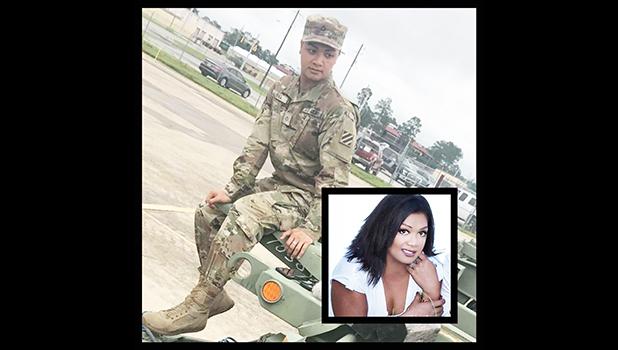 By
PFC AUVAA (Arriana Princess Auva’a)
I cry out to our leaders, fight for us"

(Editor’s Note: President Donald Trump announced last Wednesday that he plans to reinstate a ban on transgender individuals from serving "in any capacity" in the US armed forces. The twitter decision came without a plan in place to implement it. And, has left active transgender military members wondering how exactly this would be handled.

Trump’s decision reverses a policy initially approved by the Defense Department under President Barack Obama, which was still under final review, that would allow transgender individuals to openly serve in the military. American Samoa is affected by this decision.)

On June 13th, 2016, I left my home, for the ARMY. Without a clue of what was going to happen. No inkling of exactly how it would feel, how I would be treated, what to expect. I left my home, my place of security, my haven, for the ARMY. To defend. To serve. To be a part of the 1% of Americans who have raised their right hands and swore an oath to be a part of the greatest fighting force in the world.

I was scared. I was worried. I was coming into something totally new to me. All I had with me was my Faith and the support and prayers of my parents, family, friends, and people to help me through whatever I was about to undertake.

Becoming a soldier is something I have always wanted to do. Ever since I can remember, I wanted to follow in my Uncle's footsteps and serve. I wanted to be in the Army.

I always hid it from everyone because I was scared to admit it and I was embarrassed. For over a decade of my life I have lived as a Transwoman. A Fa’afafine in my culture. Accepted in our role as women in our families, churches, and community. Being young and foolish makes one think such.

As I got older, the NEED and WANT to serve grew stronger. As I grew older, I had more reasons to want to join the Army and do what I needed to progress in life. There was no other option for me to get where I needed to be, but to join the ARMY. There was no other branch. Not the Navy, Not the Air Force, definitely not the Marines, but the ARMY. I wanted to be like my Uncle Ed Custodio Jr. A retired 1st Sgt. with the U.S. Army. I wanted to be where my sister, Nafanua Connie Auvaa Tilei, was. She served her country honorably. My cousins, who are like siblings to me, Utumoeaau Stephen Tuimalealiifano and Priscilla Kazaka, served their country proudly too.

My Great Grandfather Anthony Custodio is a war veteran. My grandfather Ed Custodio is a Navy Veteran. My Late Uncle Alaipalelei Moreli is a war veteran. My first cousin Christian Auva'a proudly serves in the Air Force and so many more of my family members, my flesh and blood, have served this country and many more are still serving this country. My friends, my classmates from kindergarten, elementary school, to high school & college are all in the ranks as military members. My brothers and sisters of my childhood. My brothers and sisters of my CHURCH. My brothers and sisters of my village and my island paradise are all in the ranks serving the PEOPLE of the United States of America and "Why not me?" I kept asking myself "why can't I do it? Why am I not serving?

So I took the test, & I joined the ARMY.

I did the unimaginable. At the age of 30, to the surprise of my parents, family , friends, the BLONDE actress of American Samoa, a pageant hostess, an event Emcee, and a child of the night life, joined the ranks.

And here I am today, a Proud soldier. I've never felt complete in my life than with what I am doing today. After 10 weeks of brutal training in BCT and an exhausting 14 weeks of AIT, bald headed, and 30 lbs lighter, I, Haserota Edward Auva'a Jr, better known as Princess Arrianna "Sese" Auva’a, the Fa'afafine son of Terry Custodio Auva'a and Haserota Auva'a of Malaeloa became an American Soldier.

Was it easy to leave home? No. It was heart-wrenching to see my parents, my family, my friends, my village, my community cry as we bid farewell. They weren’t crying for the transgender person who was leaving them. They were crying for the American soldier that they just might never see again.

It wasn't an easy transition, I wasn't the best trainee, but I made it. Thirteen (13) months and a few weeks later, I am still standing strong.

I am treated the same way as every other soldier, whether Straight, Gay, Bi-Sexual, Tri-sexual, or Closeted. The ARMY and my leadership do not look at me and treat me any differently because I am a transitioning soldier.

They do not see me for my choices in regards to my sexual identity.

They do not look at me and see the color of my skin. The only colors they see on a soldier are the ARMY colors. They see the Soldier. They treat the Soldier as the Soldier performs! There is no color, there is no specific religion, no specific culture, None. The ARMY is an assimilation of people. From what I have come to learn, the ARMY is a melting pot of people. ALL kinds of people, from ALL different walks of life on this earth.

I am a soldier. I am a transgender. I am proud of who I am. I am proud of where I am at, and what I do. To serve. To protect. It brings me contentment and happiness that I give my family honor. I’ve made my FATHER proud of me. My grandparents. My family.

Reading the President’s Tweet was devastating. Threatening to take away something I have come to love is utterly disheartening. This heartbreaking news besmirches us, what we have sacrificed to serve our country and what we want to do for our country. I have sisters and brothers who have served in days past. I have brothers and sisters who will serve still. Serving to protect this LAND OF THE FREE, or so I thought — and yet hope, it still is.

I pray for better days. Not just for the #TransSoldiers but for all soldiers. For all military personnel serving. Days of darkness lie ahead of us; we are already divided by hatred and misunderstanding, having forgotten that unity is our strength.

The enemy will not know what my gender identity is when I’m on the battle field. The enemy will not pick or choose who to kill based on sexual preference. The enemy will only KNOW that there are American soldiers in the war zone. American heroes who will DIE in combat, fighting to protect ALL Americans and the land of the free.

An Active duty friend of mine and transgender sister serving in Germany, Mimi Pereira, has said to ME, “this "Ban on Transgenders" will not stop me from serving. I will continue on with my transition, whether the ARMY pays for it or not, and I will continue to do what I have pledged to do. To serve."

To quote another fellow soldier, ”I am proud to be part of the legacy of the LGBTQ community who have served and are serving to protect this great nation. Despite the ignorance and hate of those who we protect. Shame on you for thinking we are any less" Cassidy Laolagi Richards- U.S Navy retiree.

I humbly ask you, to SPEAK for us. You, my friends, my family, my village, my people. Help us be seen and help us be heard. Join our voices! Join my voice even if it be muffled by hatred and bigotry. Speak for me. Speak for us. I cry out to our leaders, fight for us. This is something bigger than us, and we are reaching out to you to speak for us. Alone, we cannot be heard, together, we will prevail.

America the Great, is under threat from so many countries and it saddens the heart to know that we can be threatened from within by our own leaders and people.

I do not know what will become of us, transgender soldiers. Will we be removed or do we continue to fight? Will other trans people be given the same privilege to join us in the ranks and serve with us? We do not know.

All we know now is, our leader, the Commander in Chief does not see us fit to defend this country, and to protect him. But yet, here we are, trained and ready, willing to let our blood spill, the same blood we all carry in our veins, ready to lose a limb, ready to lose our lives, to serve and protect this great nation, our Commander in Chief, & our people — come what may.

As for myself? I will continue to honor the soldiers creed:

I am an American Soldier.

I am a warrior and a member of a team.

I serve the people of the United States, and live the Army Values.

I will always place the mission first.

I will never accept defeat.

I will never quit.

I will never leave a fallen comrade.

I am disciplined, physically and mentally tough, trained and proficient in my warrior tasks and drills.

I always maintain my arms, my equipment and myself.

I am an expert and I am a professional.

I stand ready to deploy, engage, and destroy, the enemies of the United States of America in close combat.

I am a guardian of freedom and the American way of life.

I am an American Soldier.

I am an AMERICAN SOLDIER. I am TRANSGENDER. I am HUMAN. I am READY & WILLING to serve. I want to be ALL I CAN BE.