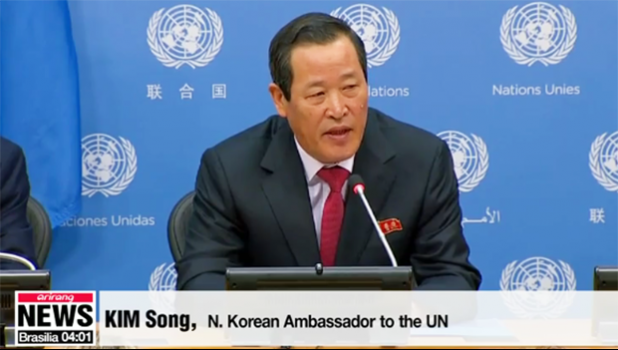 Earlier this month, the U.S. Justice Department announced it had seized the ship, suspected of violating U.S. domestic law and international sanctions by making illicit coal transfers, in the first direct seizure of a North Korean ship by American authorities.
The ship was previously detained by Indonesia in April 2018, and has now been moved by the U.S. to American Samoa.
On Tuesday, North Korea's top envoy to the UN called for the immediate return of the ship.

The latest demand by Kim comes as he sent a letter to UN Secretary-General Antonio Guterres last week, in which he criticized the unilateral U.S. sanctions as going against the UN Charter and international law.