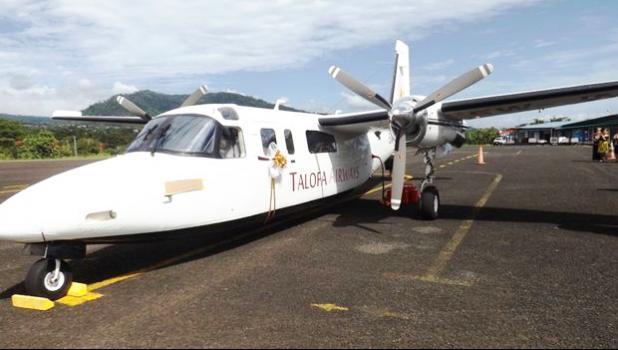 Pago Pago, AMERICAN SAMOA — The US Department of Transportation has granted the “emergency exemption” requested by Samoa-based Talofa Airways Limited, so it could continue flights in and out of American Samoa.

Talofa Airways had last week requested the exemption after the Samoa government proposed to withdraw on Mar. 9, 2019 from the Multilateral Agreement on the Liberalization of International Air Transportation (MALIAT), in which both the United States and Samoa are parties.

The airline’s authority to operate between Samoa and American Samoa since 2016 was based on the MALIAT, which is also the same open skies agreement that allowed the carrier to operate two weekly flights between Pago Pago and Tongatapu, Tonga.

USDOT documents publicly released yesterday show that USDOT’s Office of International Aviation director, Brian Hedberg, granted the airline’s request on Mar. 8th and the emergency exemption is effective for one-year, starting Mar. 9, 2019. (Samoa News notes that one year is the usual exemption timeframe and the airline will seek a renewal before the one year period expires.)

Public documents also show that the USDOT received on Feb. 21st this year diplomatic notice of Samoa withdrawing from the MALIAT agreement on Mar. 9th.

Talofa Airways’ Foreign Air Carrier Exemption issued by USDOT, outlines several conditions, including that the airline “may only use aircraft capable of carrying no more than 60 passengers and having a maximum payload capacity of no more than 18,000 pounds.”

The airline operates a fleet of 9-passenger seater planes on the inter-Samoa route, as well as its Tonga flights.