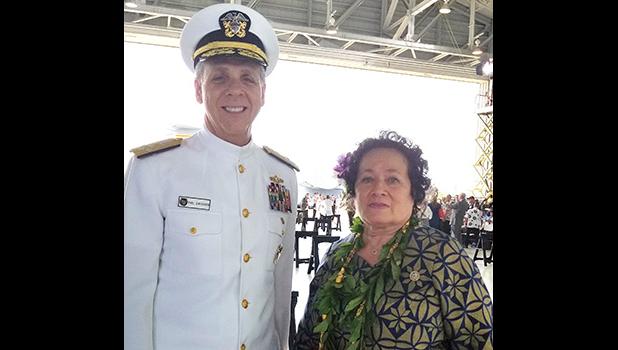 This major annual legislation authorizes Pentagon operations, a pay increase for the troops, increased survivor benefits for military families, and expanded Pacific security provisions. It requires a much-needed report on the status of the Runit Dome in the Marshall Islands, which houses nuclear waste material from 67 nuclear tests conducted in the Marshall Islands before 1958.

“I’m pleased to see the House pass this important bill which includes the 3.1 percent military pay raise, which our troops deserve, and added survivor benefits for military families,” said Aumua Amata. “This bill expands U.S. Pacific security measures in cooperation with friends and partners all over the region, and requires an urgently needed report on the state of the Runit Dome in the Marshall Islands. It is important to stand with our friends in the Marshall Islands to ensure their safety and health in the presence of the Runit Dome.”

“Decisions affecting defense and veterans have outsized effects in American Samoa, where we have a high rate of military service among our people, so I’m delighted the 2020 pay raise for the troops is secure,” continued Congresswoman Amata. “This bill strengthens the focus on the entire Indo-Pacific region, and specifies by name the important relationships with our many neighboring island nations.”

Specifically, the NDAA requires the U.S. Secretary of Energy to submit a report on the status of the Runit Dome in the Marshall Islands. It also expands survivor benefits to military families by removing an offset that has been called the “widow’s tax.” Eliminating this limit on survivor benefits has been a bipartisan priority. The bill also extensively lists U.S. obligations in the Pacific, and expands the Indo-Pacific Maritime Security Initiative, which provides training and support to island nations throughout the Pacific.