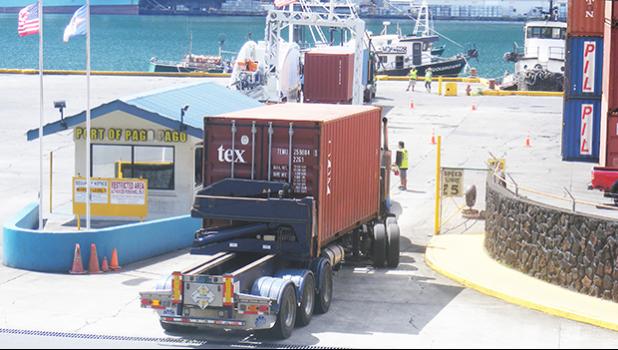 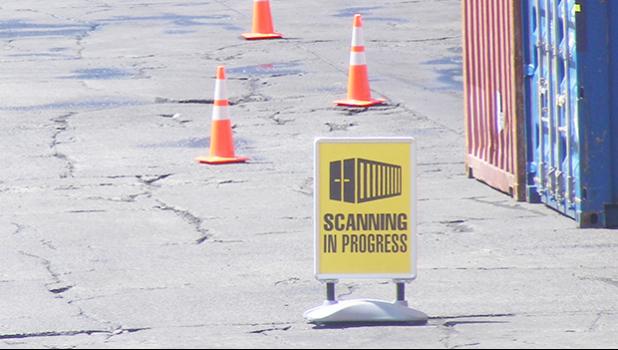 StarKist still waiting for final word about the fee — is it included?
By
Fili Sagapolutele
fili@samoanews.com

The container scanner fee is set to go into effect early next week, after training of Customs agents, who are charged with manning the equipment, is completed, according to a statement released by the Treasury Department. However, it remains unclear whether the canneries will be exempt from paying the fee, which is $200 per container of 20 feet and over.

Last Friday afternoon, Samoa News observed two trailer trucks with containers preparing to go through the container scan equipment. Samoa News also observed a Customs agent, placing on the ground of the dock, inches away from the entrance to the Port, a yellow sign that read “SCANNING IN PROGRESS”.

In a statement released last Friday, ASG Treasurer Uelinitone Tonumaipe’a announced the full implementation of local law, which includes the Customs Division x-ray (Rapiscan) launch, adding that the law came into effect Dec.14 last year, but was delayed due to unforeseen circumstances.

“While we have experienced some unfortunate delays due to unforeseen shipping issues and to ensure we completed all required equipment and safety training, Customs Division is happy to announce the official launch of the MS60 container scanner on April 3, 2017,” said Tonumape’a whose department includes the Customs Division.

The impact on the remaining cannery in American Samoa — StarKist Samoa, as well as on the locally based can manufacturing plant Talofa Systems Inc., both owned by South Korean based Donwong Industries — was noted during last week’s three-day Western Pacific Regional Fishery Management Council meeting in Honolulu.

A Council staff report was presented on fisheries and related matters on American Samoa Legislature, which included mention of the new container scanner, which it says will cost StarKist “millions of dollars in fees” and that StarKist has sought clarification from ASG as to whether the new port scanner fees should be applied to them with their current tax exemption certificates.

“With a new minimum wage increase to take effect in 2018, these new port scanner fees will have a major impact on the company’s viability in American Samoa,” the report claims.

Chief of Customs Moetulu'i Fuiava Sipili told lawmakers last year that the canneries are not exempt, as the law does not provide any exemption for anyone.

He reiterated this information last December in a Samoa News interview.

StarKist Co., didn’t immediately respond to a Samoa News email inquiry last Friday afternoon (which was already early evening at the company’s headquarters in Pittsburgh, Pennsylvania) on an update on the status of the company’s discussion with the government.

In his press release, Tonumaipe’a, on behalf of the entire Treasury Department, thanked everyone involved with making this launch possible “and we look forward to working with the general public, shipping agents, stevedoring companies, Port Administration and any and all other related departments and agencies.”

Training of Customs agents to man the container scanner as well as testing of the scanner has been ongoing since early this month, working with officials, who are part of the off island contract for the Rapi-Scan project that costs $5.9 million.